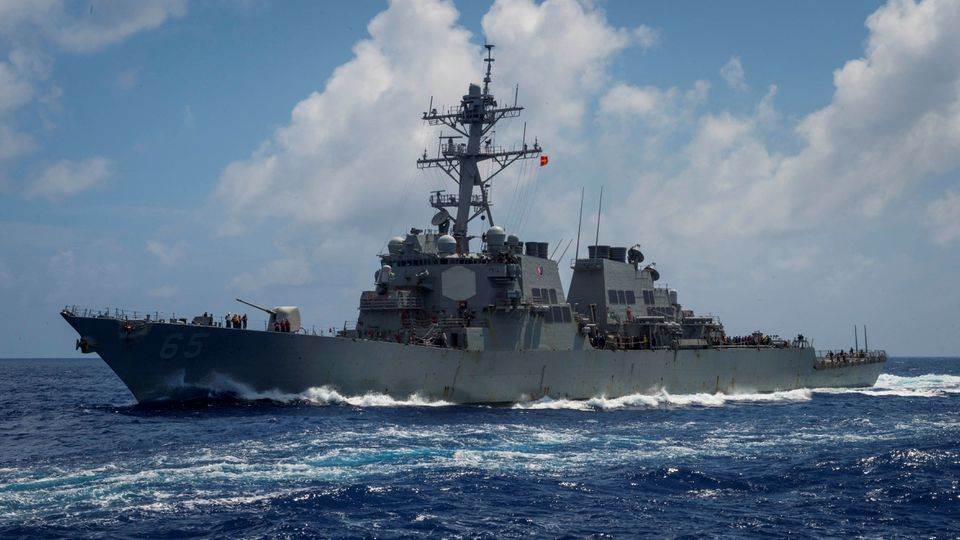 China drives US destroyer away from South China Sea

The USS Benfold illegally enters the South China Sea in another one of Washington’s provocations against China.

On Thursday, a US warship – the USS Benfold – sailed through the South China Sea, which prompted a warning from Chinese military as tensions escalate in the region.

The Southern Theatre Command of the People’s Liberation Army (PLA) said that the ship “illegally” entered Chinese waters, and that the PLA “organized naval and air forces to engage in tracking and monitoring as well to warn and drive [the destroyer] away,” according to the statement.

In response, the US navy said that the warship “asserted navigational rights and freedoms in the vicinity of the Paracel Islands, consistent with international law.”

China claims most of the South China Sea, where trillions of dollars in trade pass by on a yearly basis.

The United States and its western allies repeatedly stir up tension by conducting military operations in the sea under the guise of “freedom of navigation operations”.

The reports on the USS Benfold were the first declared “freedom of navigation operation” – known as FONOP – in 2022.

AUKUS and the South China Sea

This announcement comes almost two months after the US, UK, and Australia formed a defense alliance, AUKUS, to boost the latter’s nuclear capabilities and “strengthen stability in the Indo-Pacific region.”

At the time, Chinese Foreign Minister Wang Yi said that the AUKUS agreement between the three countries poses a danger to regional peace, stability, and international order.

The United Kingdom in October announced its decision to increase military deployment in the South China Sea.

China expressed its grave concern, saying that “this move will escalate regional tensions, provoke an arms race, threaten regional peace and stability, and undermine international efforts to prevent the spread of nuclear weapons.”

US military provocations in the South China Sea

In November, according to Chinese data, there were 94 US reconnaissance flights over the South China Sea – 10 of those flights were detected on November 4 alone.

In the same month, the US and Japan held military exercises: the Maritime Self-Defense Force (MSDF) of Japan and the United States Navy conducted their first cooperative anti-submarine training in the South China Sea on November 16, according to the MSDF.

MSDF Chief of Staff Hiroshi Yamamura said at a news conference: “The ability to conduct an advanced (joint) drill in any areas of the sea shows a high level of interoperability between Japan and the United States,” adding that “It also represents the deterrence and response capability of the MSDF and the U.S. Navy.”