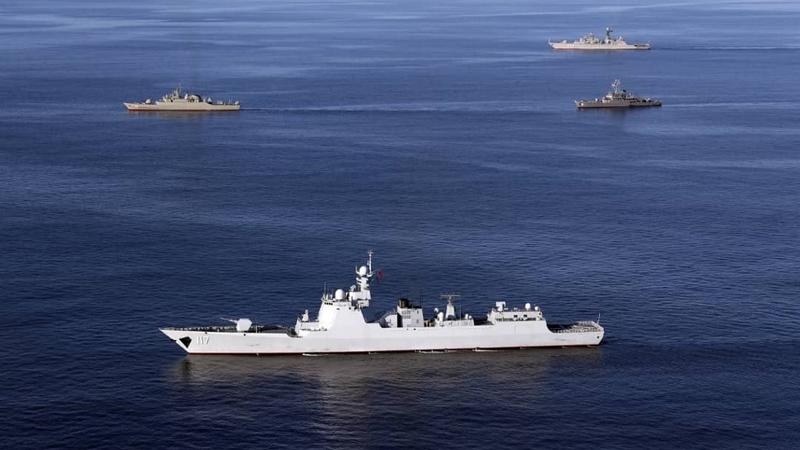 The three countries will launch their 2022 Marine Security Belt exercises in the Indian Ocean on Friday, 21st of January, 2022.

The spokesman for the 2022 Marine Security Belt exercises, Mustafa Tajeddin, announced that the maneuvers between Iran, Russia and China will be launched in the northern Indian Ocean Friday, with the participation of navy warships and aircraft of the three countries.

The Admiral explained that the aim of the exercises is to “strengthen security in the region and express the goodwill and capabilities of Iran, Russia and China in joint support for global peace and maritime security, and to create a maritime community with a common future.”

The exercises are taking place for the third year between the three countries, and, as Tajeddin said, they will continue for the coming years.

He pointed out that various tactical exercises will be performed during the maneuvers, including rescuing ships exposed to fire, liberating hijacked ships, attacking specific targets, night shootings at air targets, and other exercises.

He added, “These maneuvers will contribute to enhancing the security of global trade across the seas, confronting piracy and maritime terrorism, and exchange of information in the areas of rescue.”

Despite unilateral sanctions imposed by Washington, China received its first imports of Iranian crude oil for the year 2022 on Thursday according to customs data.

In December alone, China imported 260,312 tonnes of Iranian crude oil as seen in data released by the General Administration of Chinese Customs.

Further highlighting the extent of the Sino-Iranian cooperation, the number of daily oil barrels imports has reached 500,000 on average between August and October of last year, which displays a clear willingness to challenge US sanctions notably as the cheap price of Iran’s crude far outweighs any punitive measures imposed by the White House.