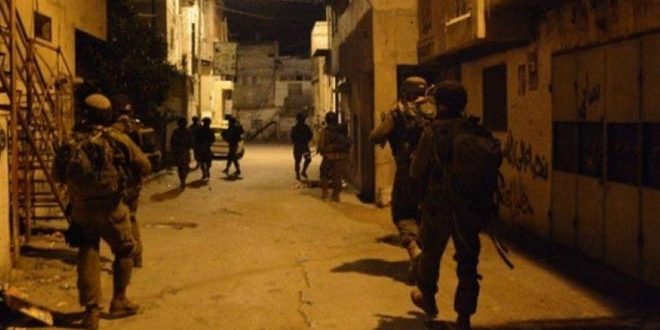 The occupation forces stormed towns of al-Ram and Beit Anan, and Qalandia camp in occupied Jerusalem and Qabatiya town south of Jenin, and raided the Palestinians’ houses and arrested seven of them, Wafa news agency reported.

The occupation troops continue their aggressive acts against the Palestinians through assaulting them, raiding their cities and towns and launching daily arrest campaigns, aiming at displacing them, seizing their lands and Judaizing them.