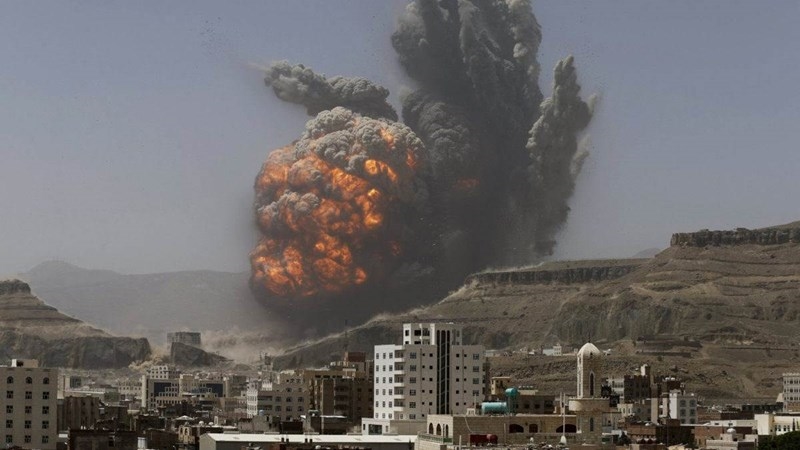 Amnesty International says the Saudi-led coalition used US-manufactured bombs in the Saada prison massacre and accuses the Biden administration of violating international and US laws.

According to Amnesty, the laser-guided bomb used by the Saudi-led coalition to commit the massacre is manufactured by US defense company Raytheon.

The organization described the bomb as “the latest piece in a wider web of evidence of the use of US-manufactured weapons in incidents that could amount to war crimes.”

Lynn Maalouf, Amnesty’s Deputy Director for the Middle East and North Africa, underlined that the “horrific images that have trickled out of Yemen despite the four-day internet blackout are a jarring reminder of who is paying the terrible price for Western states’ lucrative arms sales to Saudi Arabia and its coalition allies.”

Maalouf urged the US and other arms-supplying states to immediately halt arms transfers.

“By knowingly supplying the means by which the Saudi-led coalition (SLC) has repeatedly violated international human rights and humanitarian law, the USA — along with the UK and France — share responsibility for these violations,” she added.

Amnesty arms experts highlighted that the Raytheon bombs used in the Saudi-led coalition massacre on the Saada prison were also used in a 2019 airstrike on a residential home in Taiz, which killed six civilians, including three children.

The organization accused US President Joe Biden of abandoning the promises that he made to end his country’s support for the war on Yemen and the claims he made to “center human rights in foreign policy” and ensure rights abusers “are held accountable.”

The Biden administration has approved sales of missiles, aircraft, and an anti-ballistic defense system to Saudi Arabia and signed a $28 million deal to maintain Saudi aircraft in mid-January, Amnesty pointed out.

Despite human rights concerns, the US also affirmed that it “remains committed” to a $23 billion sales deal in F-35 aircraft, MQ-9B, and munitions to the UAE.

Amnesty International concluded that the Biden administration has failed to meet the US obligations under international law and violated the country’s own law.

It is noteworthy that the UN described the Saada prison massacre as the “worst civilian-casualty incident in the last three years in Yemen”.