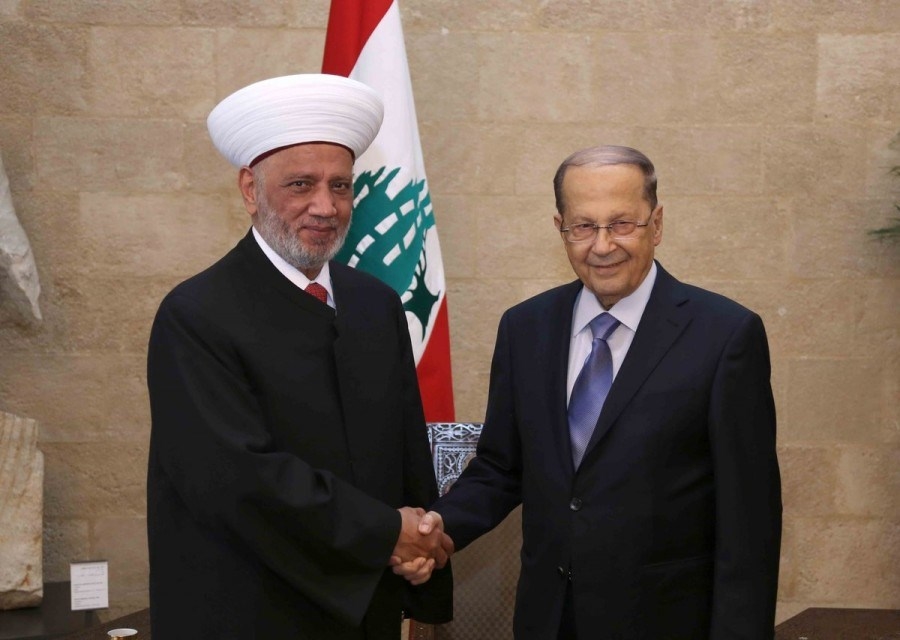 Lebanese President Michel Aoun affirms, after meeting the Grand Mufti of the Republic, Sheikh Abdul Latif Derian, the importance of “cooperation between all parties and components to get out of the current crisis.”

Lebanese President Michel Aoun affirmed Saturday that all necessary preparations are proceeding to hold the upcoming parliamentary elections on time, pointing out that no reasons exist to postpone them.

After meeting with the Grand Mufti of the Republic, Sheikh Abdel Latif Derian, at Dar Al-Fatwa in Beirut, Aoun mentioned that Lebanon’s relations with the Arab countries were discussed, stressing the priority of civil peace in Lebanon.

The Lebanese president stressed that “Lebanon today, more than ever, needs the solidarity of its people and solidarity for their state and all constitutional institutions,” adding that he discussed “the difficult social and economic conditions that the country is going through and the importance of cooperation between all parties and components to get out of the current crisis.”

The Lebanese Prime Minister, Najib Mikati, received Mufti Derian yesterday, and the meeting dealt with the current situation in Lebanon and the upcoming parliamentary elections, especially after former Prime Minister Saad Hariri announced the suspension of his political work.