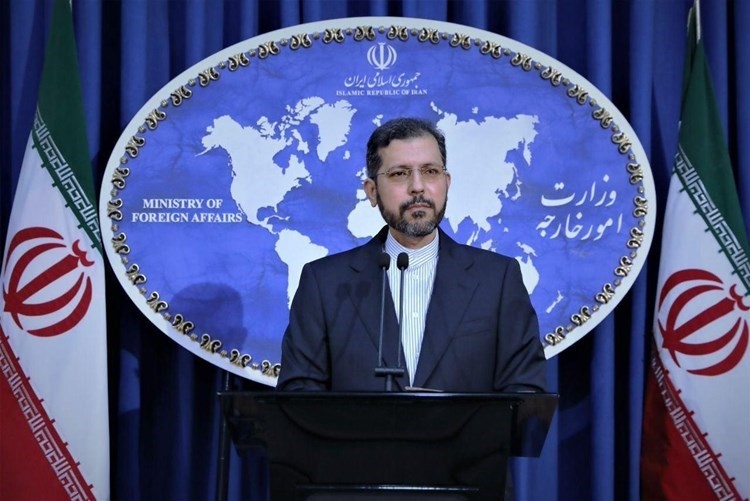 At a weekly presser in Tehran on Monday, Iran’s Foreign Ministry spokesperson Saeed Khatibzadeh affirmed that “Vienna talks have seen remarkable progress during the past three weeks; however, low progress has been noticed in some files “due to inaction or a lack of innovation from other parties”.

“Iran is waiting for Washington to inform the P4+1 of its political decision, while there are unconcluded cases left for the Western parties to decide on,” he added.

Khatibzadeh made it clear that “if the other parties respond properly to Iran’s natural rights and rightful demands exactly on the day after the teams return to Vienna, a reliable, sustainable deal could be available and there would be no need for fabricated deadlines.”

Iran’s Foreign Ministry reiterated Tehran’s stance that Washington lifts all sanctions, verify their removal, and provides future guarantees in compliance with the JCPOA.

“Israeli regime’s survival is based on bloodshed”

Elsewhere in his statements, Khatibzadeh commented on the recent visit of Israeli occupation’s President to the UAE by saying: “creating crisis is a quality inherent in the nature of the Zionist regime”.

He also stressed that the “Israeli regime’s survival is based on crisis, terror, violence and bloodshed.”

Khatibzadeh condemned the “moves aimed at normalizing ties with the Zionist regime”, warning “the countries helping the Zionist regime in creating crises in the name of normalization of relations that they themselves will be the first victims of the aggressive nature of ‘Israel’.”