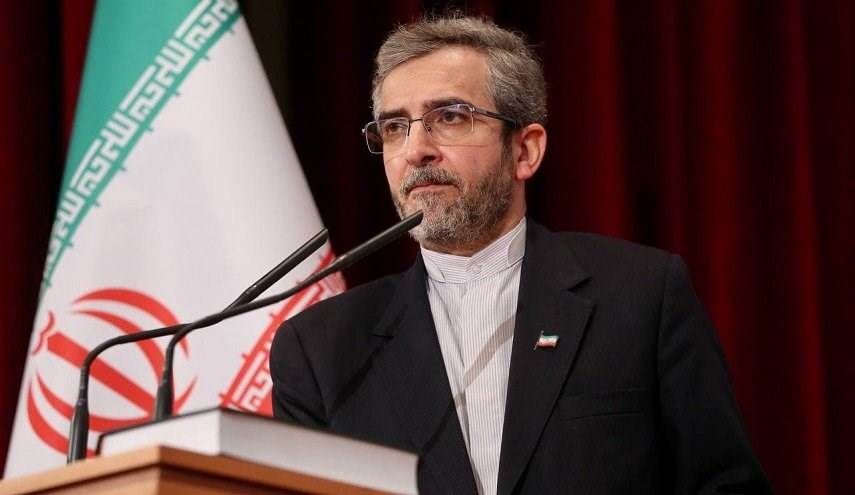 The chief Iranian negotiator in Vienna confirms that the negotiations require goodwill and seriousness from the West.

Iran’s chief negotiator Ali Bagheri Kani spoke, in a meeting with members of the National Security and Foreign Policy Committee of the Islamic Consultative Assembly, about the developments of the recent negotiations taking place in Vienna on the Iran nuclear deal.

Bagheri Kani said that the ground and the necessary conditions for a win-win situation were provided, yet the fulfillment of negotiations depends on the West’s goodwill and seriousness.

He added that Iran has not held any direct negotiations with the Americans yet. Despite the positive and progressive negotiation process, there are “still important issues that need to be negotiated and agreed upon.”

Bagheri Kani referred to Iran’s right to lifting all sanctions, pointing out that the second party in the negotiations had agreed to lift some of them.

The eighth round of negotiations resumed on December 9. On January 28, Al Mayadeen correspondent in Vienna stated that the Vienna Talks would stop for a few days for consultation between the heads of delegations and their capitals.

The Iranian President, Ebrahim Raisi, had confirmed a few days ago, in a call with French President Emmanuel Macron, that Iran “has shown its will and seriousness to reach an agreement in the negotiation process.” Raisi noted that “any effort by the other side in this regard should include the lifting of sanctions, verification, and valid guarantee.”