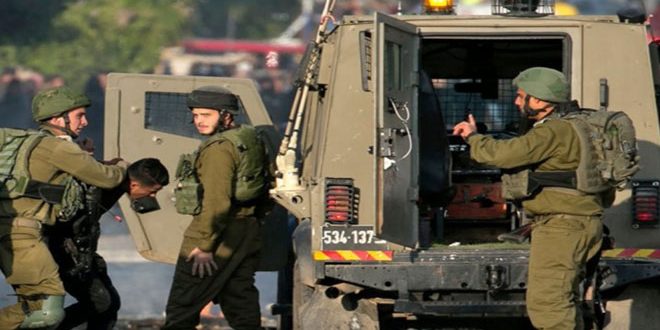 Wafa News Agency reported that the occupation forces stormed Hebron city and Za’atara town, east of Bethlehem, and Silwad town, northeast of Ramallah, and raided the Palestinians’ houses and arrested five of them.

The occupation forces also arrested a liberated prisoner from Beit Anan town, northwest of occupied Jerusalem, while he was passing through Za’atara checkpoint, south of Nablus, and two other young men from Halhul town in Hebron.

On Tuesday, the occupation forces arrested 33 Palestinians in the West Bank.