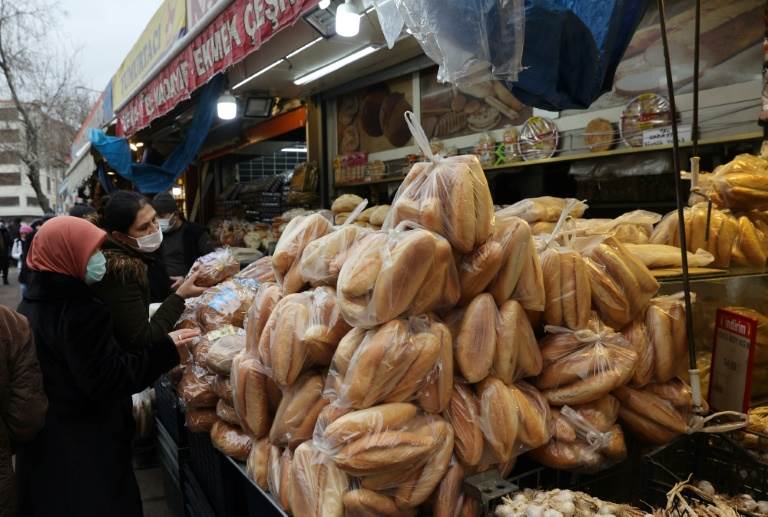 After a currency crisis ravaged the people’s purchasing power, Turkey’s annual inflation rate in January hit its highest level since April 2002, according to official figures released on Thursday.

According to the Turkish statistics office, consumer prices increased by 48.7% in January compared to the same period the previous year, up from 36.1%  in December.

The results were released just days after President Recep Tayyip Erdogan appointed a new director of the state statistics agency for the fourth time in 2019.

Erdogan’s path to re-election in 2023 has been complicated by agency data showing inflation reaching its highest level since his Islamic-rooted party swept to power two decades ago, according to Turkish media.

Erdal Dincer, the former head of the agency, had only been in charge for ten months. Erhan Cetinkaya, the vice-chair of Turkey’s banking regulator, took his post.

In January, according to independent statistics gathered by Turkish economists, the yearly rate of inflation surpassed 110%.

Erdogan is adamantly opposed to interest rate hikes, believing that they generate inflation, which is the polar opposite of mainstream economic wisdom. On Monday, he acknowledged that Turks will “had to bear the weight” of inflation for “some time.”

“God willing we have entered a period where each month is better than the previous one,” he added.

Turkey has been plagued by excessive inflation for years and has experienced two currency crises since 2018.

The second occurred last year, following Erdogan’s orchestration of abrupt interest rate cuts that lowered rates well below the rate of inflation, undermining Turks’ purchasing power and the value of their savings.

This spurred Turks to stockpile gold and foreign currency, resulting in a currency crisis in 2021, when the lira lost 44% of its value versus the dollar.