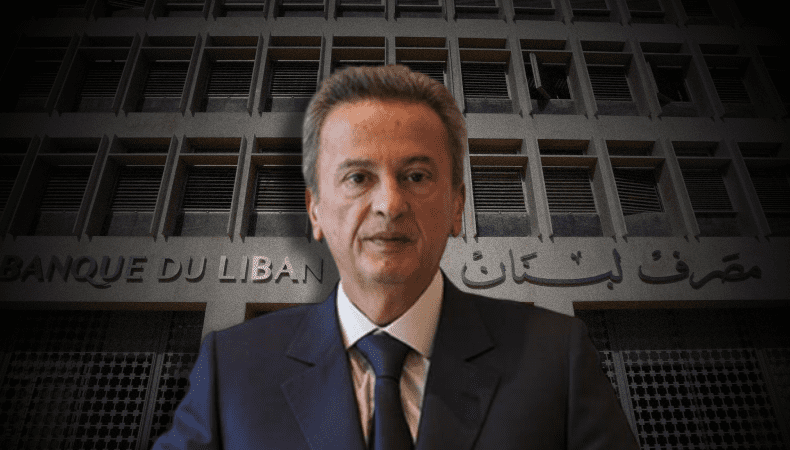 Riad Salameh is splitting Lebanon into those who defend him, and those who demand he leave his job as governor of the central bank of Lebanon, Banque du Liban (BDL).  France, Germany, Switzerland and Luxemburg have all sent letters to Beirut requesting information on the personal finances of Salameh, which support the credible accusations of money laundering and fraud.

Salameh has been on the job for 30 years and holds the secrets of the state, as well as secrets of the political elite who stand accused by the public for the economic meltdown which has been termed by the World Bank as the worst decline of any country since 1850.

President Michel Aoun is demanding Salameh leave his position, while Prime Minister Najib Mikati and the Speaker of the Parliament, Nabih Berri, are defending Salameh.  Mikati and Berri are both extremely wealthy businessmen, as well as powerful political elite, and their defense of Salameh may be calculated as a personal benefit, and not in the interests of the citizens they are supposed to be working for.

Mikati has gone so far as to ask prosecutor general Ghassan Oueidat to prevent the search of several banks, part of magistrate Jean Tannous’ investigation of Salameh for “embezzlement at the expense of the Bank of Lebanon” and “aggravated money laundering.”

President Aoun has asked for an impartial central bank audit, and on Thursday stressed that “the financial criminal audit of Banque du Liban should reach practical results, while steering clear of personal interests.”  Aoun added the Lebanese people “have the right to know where their life savings went. Any party that says otherwise has certainly benefited from the wrong practices in managing the affairs of the state and its institutions, especially BDL. These parties are waging campaigns against me and continue to mislead public opinion.”

Security forces arrived at Salameh’s home on Tuesday to arrest him; however, another branch of the security forces were stationed outside protecting him from arrest in a display of sectarian politics so ingrained in Lebanon.

Judge Ghada Aoun insists that Salameh must be prosecuted after he failed to appear three times as a witness in a criminal case brought by the group The People Want to Reform the System over allegations of “unjust enrichment, money laundering and wasting public funds.” Judge Aoun accused the security services of being “an accomplice” and added that she has the right “to punish any employee seeking to violate the rule of law.”

President Aoun has continued to demand answers about “the fate of $69 billion lost out of the $86 billion deposited by Lebanese banks in BDL, knowing that what the Lebanese state borrowed in foreign currencies from BDL did not exceed $5 billion.”

The main commercial banks in Lebanon have warned that they would shut down their operations and that their CEOs would leave Lebanon should Salameh be arrested; however, the banks “would not object if the cabinet decides to remove Salameh from his post and appoint a successor in a legal and sound manner.”

The government started a chain reaction in 2019 when attempting to charge people for WhatsApp calls which are free.  The people took to the streets and protests turned violent.  The unresolved economic crisis has driven an estimated four million families into poverty in the last two years, unable to afford basic necessities like food or medical care, and according to the United Nations Economic and Social Commission for Western Asia, the poverty rate in Lebanon has nearly doubled from 42% in 2019 to 82% in 2021.

Lebanon has been grappling with what the World Bank calls a “deliberate depression orchestrated by the country’s elite” that “has come to threaten the country’s long-term stability and social peace.” The World Bank added, “The collapse is occurring in a highly unstable geo-political environment making the urgency of addressing the dire crisis even more pressing.”

Ongoing fuel shortages continue to trigger rolling blackouts across the country, while food insecurity in Lebanon has led retailers to hoard products such as baby formula, therefore raising prices of one box of formula to over 85,000 Lebanese pounds (more than $55), and the cost of sunflower oil has also seen a 1,169 percent increase between 2019 and 2021.

The devastating explosion of Beirut’s port in the summer of 2020 killed over 200 people, injured countless others and devastated the capital already reeling from the economic crisis.

On Friday, alarms were sounded in Israel as a radio-controlled aircraft flew overhead, sending jets into the sky and activating the “Iron Dome” interceptors.  The drone was made by Hezbollah in Lebanon and is called Hassan.  It flew over occupied Palestine for 40 minutes and covered 70 kilometers before returning safely. Hassan Nassarallah, leader to Hezbollah, spoke on Thursday and told the Israeli that the resistance does not need to import any weapons, as they are being made locally in Lebanon, and especially the drones and accurate missiles.

The Lebanese Armed Forces (LAF) is experiencing a shortage of basic supplies and has lost more than 5,000 soldiers due to desertion because of the crisis, after their salaries fell to about $30.00 per month due to the currency devaluation.

Lebanese Foreign Minister Abdallah Bou Habib said on Friday, “We want to protect our interests in this area rich in natural gas and the most important thing for Lebanon is to start oil and gas exploration.”

Line 23 achieves Lebanon’s interests, according to Bou Habib, who said that the 860 square km area offered is almost double that previously suggested by the US, which had been rejected by the Lebanese authorities.  Israel and Lebanon began US-mediated talks in 2020 which would include at least part of the Karish North field, initially claimed by Israel.