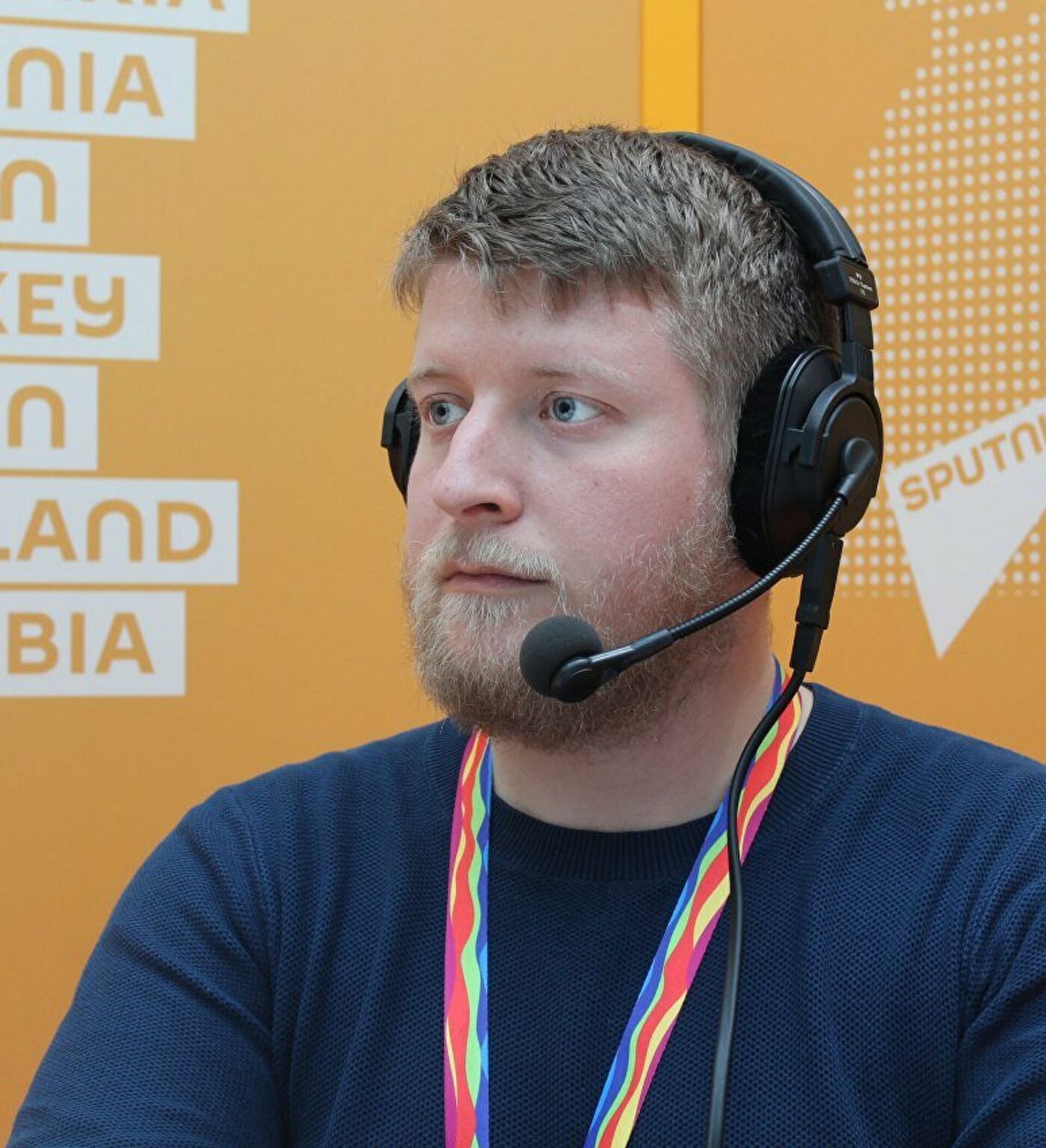 “A war between Ukraine and the People’s republics of Donezk and Lugansk, with Russia forced to intervene” interview with Alexander Markovics

Yesterday, Russia officially recognised the Donetsk People’s Republic (DPR) and the Luhansk People’s Republic (LPR) as independent states, becoming the first UN member state to do so. Russia had formerly already recognised identity documents, diplomas, birth- and marriage-certificates, and vehicle registration plates issued by the DPR since February 2017. Both the DPR and LPR are at the center of the 2021–2022 Russian-Ukrainian crisis.   Ukraine regards both the DPR and the LPR as terrorist organizations.

Steven Sahiounie of MidEastDiscourse interviewed Alexander Markovics to gain insight to this conflict between the US and Russia.  Alexander Markovics is an editor at Deutsche Stimme Magazin in Germany, editor-in-chief of the magazine Agora Europa and translator. He has published numerous articles on geopolitics, philosophy, history of ideas, and interviews with important authors of the new right/neo-Eurasianism.

1.  Steven Sahiounie (SS):  Western media reports say there will likely be a war between Russia and the West over Ukraine. In your opinion, will there be a war?

Alexander Markovics (AM):  I don’t think that there will be precisely a war between Russia and the West over Ukraine, but more likely a war between Ukraine and the People’s Republics of Donezk and Lugansk, in which Russia will be forced to intervene in order to prevent a genocide against Russians living in Novorossiya. Since Joe Biden controversially took over the White House, the United States are preparing an escalation in Donbass. Their aim is to drag Russia into a prolonged conflict, where the West will force its Ukrainian colony to spill as much Russian blood as possible in the interest of Washington. It’s the declared goal of Washington, to create an “Afghanistan in Europe” for Moscow. But Russia is not the US and knows how to decisively win a quick war with modern military equipment. The Russian army already proven in Syria, Belarus and Kazakhstan, that it’s able to act against Western interventions and regime changes. Russia has proven to be very patient with all the Ukrainian provocations in the course of the last years, when the Ukrainian army was shelling civilians in Donbass. Since Ukraine bombarded civilian housing in Donbass yesterday on an unprecedented scale and President Putin promised to protect Russian people living there in case of an attack, I assume that there will be war. Enough is enough. But if God wills, peace talks in the last minute could prevent the situation from escalating into full scale war.

2.  SS:  Russia sent strategic jets and sophisticated weapons to their army base in Latakia, Syria. In your opinion, is this a military and political message to the US, and is it part of the political tension with Washington?

AM:  Since the US is destabilizing and occupying parts of Syria this is a necessary show of force by Russia in order to further deter the Globalist ambitions of Washington, similar to Russian talks with Cuba and Venezuela on stationing more Russian military inside these countries. Unfortunately, the fierce defence of unipolar chaos by the US shows us, that the upcoming states fighting for a multipolar order must show strength in order to secure peace and sovereignty to their region. As long as the West is pushing its globalist and Universalist agenda, the rest of the world has to stay on alert.

3.  SS:  The Western media has launched a hysterical propaganda war on Russia. How will Moscow reply to this provocation?

AM:  I think that Moscow will continue to reply in the typical calm, ready to negotiate and sometimes cynical fashion. Diplomats like Liz Truss, who didn’t know Voronezh and Rostov oblast are a part of Russia, are no match for their Russian counterparts and only good for repeating aggressive propaganda against Russia. In easily refuting Western propaganda, calling out the West’s crimes in the past and drawing red lines Russia skilfully counters the current propaganda campaign. But if the West calls its Ukrainian puppet to full scale war, Moscow will answer accordingly.

4.  SS:  Moscow has demanded from the US and the EU several requests to protect its National Security. In your opinion, which of the requests are most important?

AM:  The most important demand is definitely the withdrawal of all NATO troops from all positions who joined the alliance after 1997. This would de facto mean a reversal of NATO’s eastern enlargement in 1999 and a demilitarization of Eastern Europe. Such a measure would be an important step in the normalization of European-Russian relations, an end of the encirclement of Russia by NATO and therefore the starting point for a new European-Eurasian security architecture. Further this measure can help Europe in liberating itself from NATO and US-American occupation. In the end the fulfilment of this Russian demand would mean peace and sovereignty for Europe.

5.  SS:  Several European countries don’t want a military conflict with Russia and they want to buy the Russian gas through Nord Stream 2. Is the NATO member’s unity absolute, or are there some cracks in the pact?

AM:  NATO countries are definitely divided on this topic. Whereas USA and Great Britain definitely want an end to Nord Stream 2 and would even be ready to risk a war, Germany has a different position. Since Germany is dependent on Russian gas, especially because of its disastrous green “Energiewende”/energy turn and wants of its geopolitical position good relations with Russia, they don’t want Nord Stream 2 to end. But since Germany is an US-puppet since 1945 and especially 1991, they’re not really able to decide this measure. Furthermore, Bulgaria and Croatia already said they will not join a war against Russia. Also Hungary is very critical of the current Anti-Russian propaganda. Eastern European countries like Poland and the Baltic states on the other hand are part of the warmonger faction in the EU due to their NATO-Nationalist propaganda and historical trauma. However, since NATO is already divided on the topic, a direct intervention in the conflict seems not plausible, also since the moral of these countries is severely weakened by the current Corona measures and Gender policies. Or in order to paraphrase Otto von Bismarck: The fate of Ukraine isn’t worth the bones of one Pomeranian grenadier, from a European point of view.