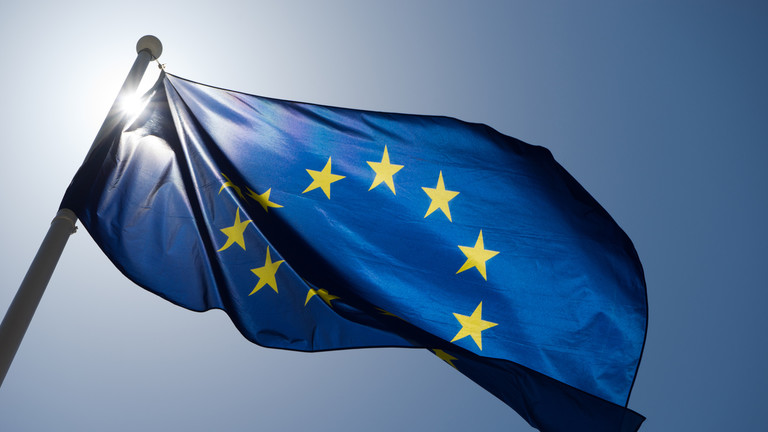 The EU is planning to bring sanctions against the more than 350 Russian MPs who voted to recognize the two breakaway Donbass republics, German media has reported, one day after President Vladimir Putin announced that Moscow would affirm the states’ independence.

In a report on Tuesday, Hamburg’s Der Spiegel cited anonymous European officials who said that they were preparing measures that would hit every single lawmaker who voted to recognize the territories’ independence. The sanctions would also go after banks located in Donetsk and Lugansk People’s Republics (DPR and LPR) and make it so that free trade agreements between Kiev and Brussels will not operate in the DPR and LPR, which the EU still considers Ukrainian territory.

The sources added that the sanctions project could impose restrictions on the trade of Russian government bonds, and that the EU Council of Ministers would make a decision in the near future.

After a meeting with senior officials on Monday, Putin announced that he was recognizing the statehood of the LPR and DPR, which first declared independence from Kiev in 2014, following the ousting of then-president Viktor Yanukovych during mass street protests. The leaders of the breakaway republics subsequently signed agreements of cooperation and friendship with Putin, who ordered Russian forces to “secure the peace” in the region. Reports followed of troops sent by the Kremlin moving into the Donbass, but Moscow has yet to confirm the claims, and has said that it does not yet have plans to establish permanent bases.

On Tuesday, the Russian parliament, and the People’s Councils of the DPR and LPR voted to ratify the new treaties.

Putin’s decision was widely condemned by Western leaders, with NATO Secretary General Jens Stoltenberg writing on Monday that it “undermines Ukraine’s sovereignty and territorial integrity” and could be an attempt to “stage a pretext to invade Ukraine once again.”

Ukrainian President Volodymyr Zelensky also announced on Tuesday that he was considering shuttering diplomatic relations with Moscow as a result of the decision. However, despite fears that Russia’s actions could lead to a full-blown attack on his country, he stated, “we believe there will be no war against Ukraine, and there will be no broad escalation on the part of the Russian Federation.”