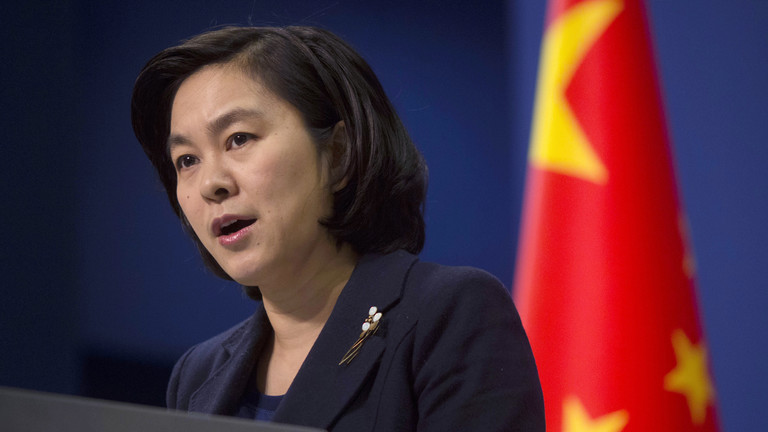 Beijing claims the US has ‘poured oil on the flames’

China has blamed the US for creating the tensions which led to Thursday’s Russian attack on Ukraine. Beijing further called on the international community to avoid “stoking panic” over the situation.

During a press briefing, China’s Foreign Ministry spokeswoman Hua Chunying said the key question was the role played by the Americans, whom she branded “the [main] culprit of current tensions.”

“If someone keeps pouring oil on the flames while accusing others of not doing their best to put out the fire, such kind of behavior is clearly irresponsible and immoral,” Hua said. China objects to “any action that hypes up war,” she added.

Chunying accused the US of hypocrisy, asking whether Washington had respected the sovereignty and territorial integrity of Iraq and Afghanistan, where she said it had “wantonly killed innocent people.” She called on the US to “take these questions seriously and abandon double standards.”

Describing the unfolding events as “complex,” the spokeswoman confirmed that Beijing was not providing military support to Russia, and said China was not “jumping to any conclusions” over the situation.
She called on all sides to “work for peace instead of increasing tensions” or “stoking panic.”

Russian President Vladimir Putin launched a military attack on Ukraine on Thursday, which he said was aimed at demilitarizing and “denazifying” the country. He accused the West of flooding Ukraine with advanced weaponry and ramping up the NATO presence in the country, arguing that the Russian “special operation” was necessary to protect the Donetsk and Lugansk People’s Republics, which Moscow has recognized as sovereign states.