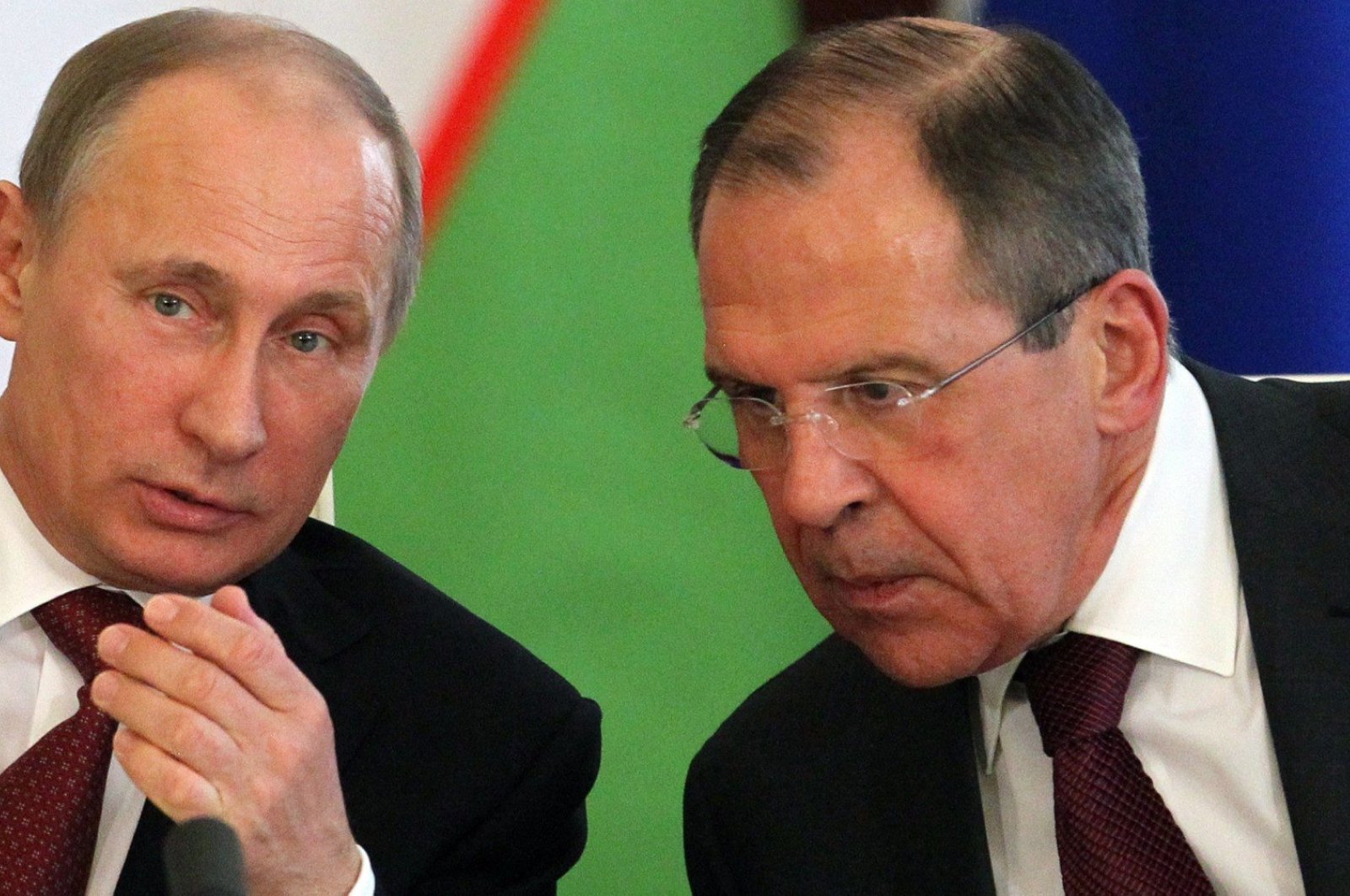 In response to the Russian operation in Donbass, Europe is sanctioning Russia’s Vladimir Putin and Sergei Lavrov, amid hesitation from Germany and Italy regarding the EU sanctions.

The 27-nation block implemented the punitive economic measures after several EU leaders proposed a sanctions package, which Brussels put up for validation by the EU foreign ministers.

Germany and Italy showed some hesitation when it came to implementing the measure, though the majority of fellow EU nations were in favor of it, two officials said on condition of anonymity, AFP reported.

The Financial Times was the first to report on the asset freeze, citing three sources who said the EU was not going to impose a travel ban on Russian officials in order to give diplomatic leeway.

Ahead of the package, French President Emmanuel Macron said the European bloc’s sanctions were going to target “the highest officials” in Russia.

French Foreign Minister Jean-Yves Le Drian arrived in Brussels, Belgium, for the EU ministerial summit, where he took the chance to say the Europeans were likely to impose further sanctions on Moscow.

“This (latest packet of sanctions) isn’t enough. We need to choke the (Russian) system and in particular further target the oligarchs,” he said.

In the latest exchange of blows in the form of sanctions, Russia issued a ban against UK aircraft entering Russian airspace in response to Prime Minister Boris Johnson pledging to impose a “massive package” of sanctions.

The British pledge was accompanied by a wave of sanctions from the US, Europe, and other Western allies.

The tsunami of sanctions that Russia is repeatedly telling the west has no effect come in light of leader Vladimir Putin authorizing a special military operation in Donbass over the constant Ukrainian shelling of Lugansk and Donetsk People’s Republics, whose independence Moscow recognized a few days ahead of the operation.

Moscow’s ministry of foreign affairs informed the international community the operation in Ukraine was not the beginning of a war, but rather an attempt at curbing one after the west bombarded the situation with condemnations.

Russia has for months been warning of the threat posed against it by NATO’s attempts to expand eastward, which happened simultaneously with an increase in NATO military activity along Russia’s borders, and batches of lethal weapons being sent to Ukraine, prompting Russia to request security guarantees from the West. Washington failed to provide the guarantees.