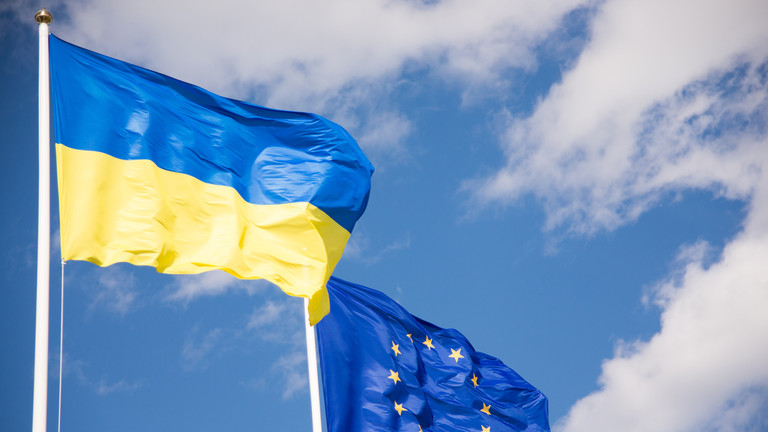 “The crucial moment has come,” the Ukrainian leader has claimed amid Russia’s operation in his country

Ukrainian President Volodymyr Zelensky has called for an urgent decision on EU membership for his country, saying “the crucial moment has come.”

On Saturday morning, the third day of Russia’s attack on Ukraine, Zelensky said he had discussed “further effective assistance and heroic fight of the Ukrainians for their free future” with the president of the European Council, Charles Michel.

“The crucial moment has come to close the long-standing discussion once and for all and to make a decision on Ukraine’s membership in the EU,” the Ukrainian president tweeted.

“Ukraine and its people are family. Further concrete support is on its way.” However, the EU Council head did not respond to the call for EU membership.

Discussions on EU membership for Ukraine have been ongoing for a number of years without any concrete outcome. On February 23, Poland and Lithuania signed a declaration saying that Ukraine should be granted the status of candidate for EU membership.

Zelensky has also repeatedly called for clarity regarding Ukraine’s prospects for membership in NATO. The possibility that Ukraine might join NATO in the future is one of the reasons behind Russia’s decision to launch a military action.

The offensive started on February 24 with the stated goals of “demilitarizing” Ukraine, protecting the Donetsk and Lugansk People’s Republics, and ensuring that Russia is not placed under threat by NATO from Ukrainian territory. Western nations, however, have remained unconvinced by these arguments. The widespread condemnation of the “unprovoked” attack has caused a massive wave of sanctions against Russia and the cancelation of various sporting and cultural events.