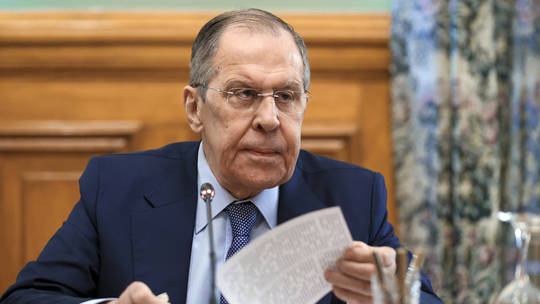 Russia’s Foreign Minister Sergey Lavrov’s working trip to Switzerland has been canceled due to an “unprecedented” airspace ban, imposed by several EU countries as a response to the Russian attack on Ukraine.

Lavrov was due to attend the session of the UN Human Rights Council in Geneva on March 1, as well as to give a speech at the Conference on Disarmament.

“FM Lavrov’s visit to Geneva for the session of the UN HRC and the Conference on Disarmament has been canceled due to an unprecedented ban on his flight in the airspace of a number of EU countries that have imposed anti-Russian sanctions,” the Russian mission in Geneva said on Twitter.

Over the last few days numerous countries have closed their skies to Russian aircraft. On Monday, Moscow announced that it was closing its airspace for the planes of 36 countries as a reciprocal measure.

A new wave of Western restrictions imposed on Russia included personal sanctions against Lavrov and against Russian President Vladimir Putin. Moscow is now preparing its response, which, according to a recent statement by the Kremlin’s spokesperson Dmitry Peskov, requires coordination of various governmental agencies.

The Russian “special military operation” in Ukraine has a stated goal of “demilitarizing” the country and protecting the security of the Donetsk and Lugansk People’s Republics, as well as of Russia itself. The Western nations condemned the attack, imposed tough economic sanctions on Moscow, and announced weapon supplies to Ukraine.