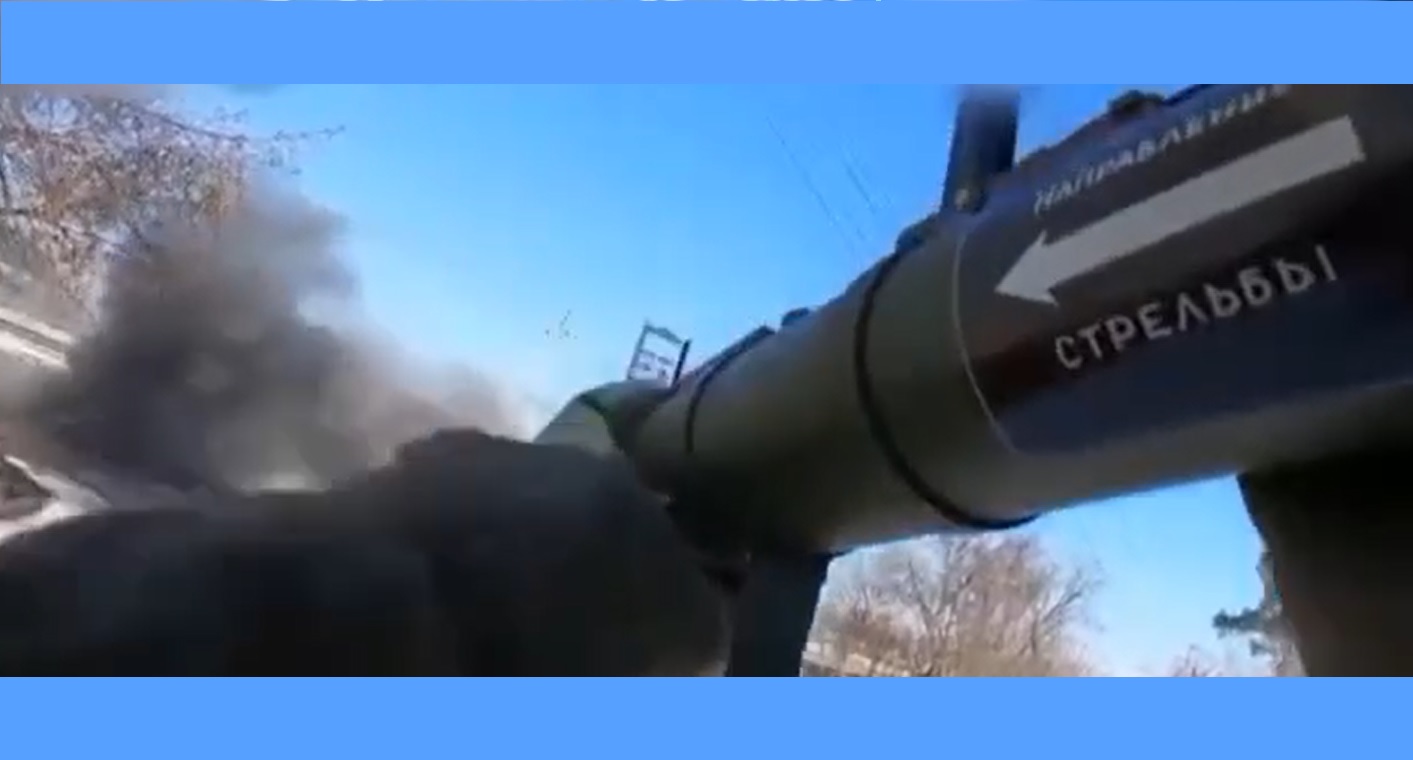 The video belo shows the actions of Ukrainian military or foreign mercenaries in the Kharkov region of Ukraine that led to the destruction of a Russian military truck.

A civilian car, probably an LC-200, drove past two already damaged Russian Armed Forces trucks, then the driver saw a Russian Ural coming towards him. The driver decided to move out of the line of sight into the footway and then turn into the nearest alley. The driver and passengers of the truck did not pay attention to the civilian car’s manoeuvre.

Then the AFU soldiers stopped in the alley, put a quadcopter in the air, deployed an RPG-22 and waited for the Ural to return. While the truck was passing, a shot was fired and a grenade hit the engine and the steering wheel. There were people in the body of the Ural. The driver of the vehicle was killed, but the people in the back were not injured.

The AFU soldiers deliberately used the civilian car for camouflage. In conditions of war, it is difficult to accuse them of this. It is a different matter that by their actions they are further endangering the civilian population of this area.

We would not judge the moral aspect of such behaviour. The military action of the AFU soldiers were successful.

Separately, the behaviour of the Russian servicemen is worth mentioning. The wounded truck driver did not give up the wheel and tried to steer the vehicle away from further fire.

However, the question arises why this truck was moving alone in hostile territory, where several Rosgvardiya trucks had already been hit, and why there was no screening patrol. The video also demonstrates the effectiveness of using quadcopters, even civilian models, for tactical reconnaissance.

The example in this video is by no means the only case where neglecting the simple rules of behavior on hostile territory in a war zone lead to tragic results – destruction of military equipment and casualties among troops.