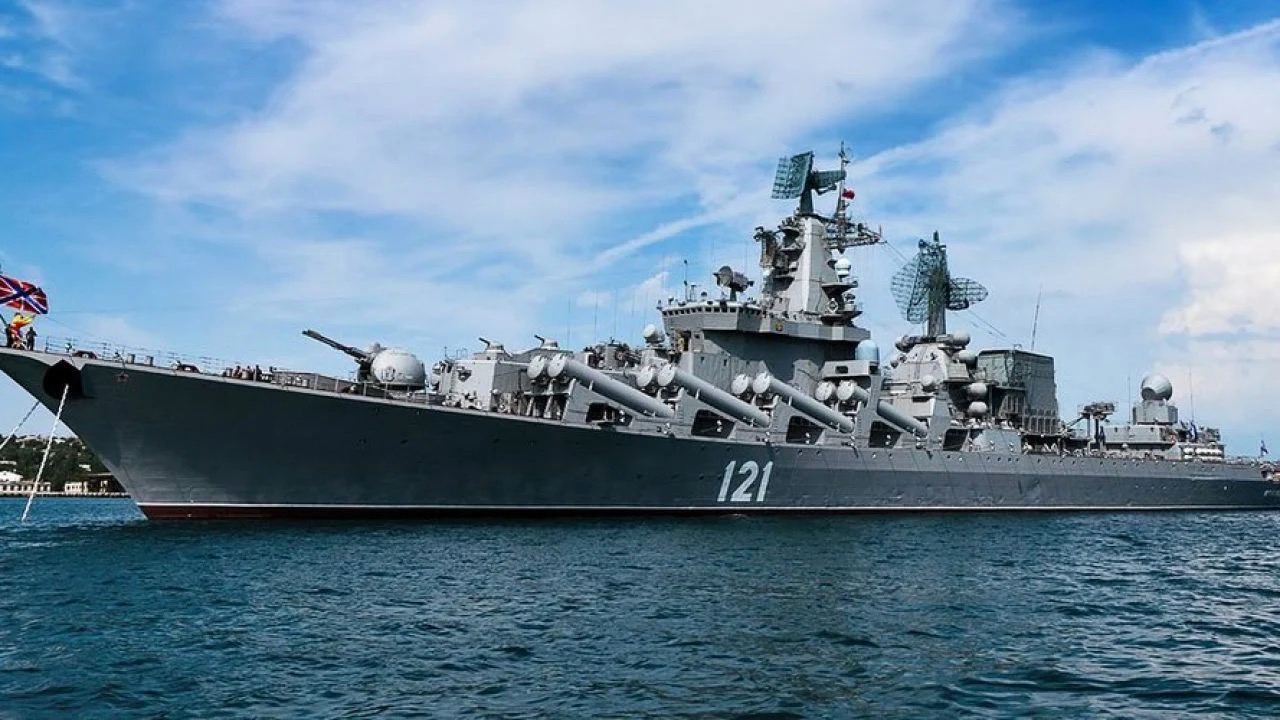 The Russian official media outlet RIA Novosti quoted the Russian Defence Ministry as saying that the missile cruiser Moskva of the Russian Black Sea Fleet had detonated ammunition as a result of a fire.

The Guards missile cruiser of Project 1164 Moskva is the flagship of the Black Sea Fleet. It was built at the Nikolaev shipyard and commissioned in 1982. It was originally named Slava.

There were conflicting reports from the Ukrainian side. The head of the Odessa regional military administration, Maxim Marchenko, said that the cruiser was hit by two Neptun anti-ship missiles.

According to Oleksiy Arestovych, an adviser to the head of the Ukrainian presidential office, a fire broke out on the ship. “There are 510 people on board. We can’t understand what happened. Either two sailors were smoking in a wrong place. Or they once again violated some safety measures”.

The TV channel Sky News, citing its sources, reported a fire on the missile cruiser Moscow. According to it, other Russian ships were coming to the rescue. According to the source, the ship was 25 nautical miles off Snake Island south of Odessa.

There are reports that after a fire and explosion of ammunition on the ship, the cruiser Moskva sank.

There is a strong possibility that the burning of the cruiser Moscow is the result of a strike against it by missiles deployed in Ukraine, sabotage or negligence. This is a suitable diversion from the events taking place in Mariupol.

According to preliminary information, the flagship of the Russian Black Sea Fleet, the cruiser Moskva, was indeed attacked by the Neptun missile launcher from the coastline between Odessa and Nikolayev. The missiles struck the port side, causing the ship to roll heavily. The crew of about 500 were evacuated after the threat of detonation of the ammunition. The buoyancy of the cruiser was made difficult by the sea weather conditions. As a result of all the cumulative factors, according to preliminary information, the cruiser sank.