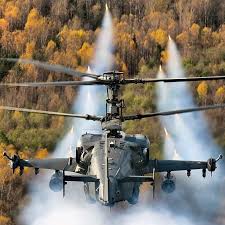 All targets were eliminated, the Russian Defense Ministry reported

“Using guided missile armaments, strikes were delivered on the Ukrainian army’s armored vehicles. All targets were eliminated by the attack helicopters,” according to the statement accompanying a video of the attack.

The pilots worked in pairs. They also attacked the positions of an artillery division camouflaged in a wooded area.