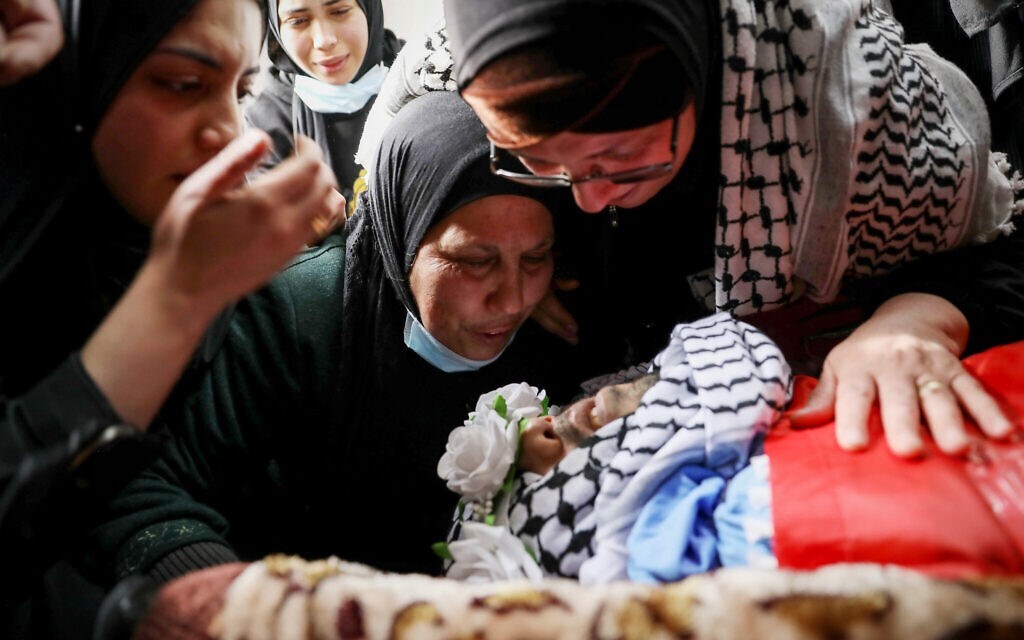 In April, half of the 18 Palestinians killed, died after statements made by Israeli PM Naftali Bennett.

According to the Euro-Mediterranean Human Rights Monitor, Israeli troops have considerably accelerated the killing and persecution of Palestinians in the occupied West Bank and Al-Quds in recent days, after getting a green light from Israeli senior authorities.

Euro-field Med’s team documented the martyrdom of 18 Palestinians in the first half of this month, the majority of whom died as a result of statements made by Israeli Prime Minister Naftali Bennett on 8 April, granting the Israeli occupation forces a mandate to wage an unyielding war on what he called “terrorism.”

Al-Aqsa Mosque was not spared the aggression from Israeli forces, and it was stormed numerous times, and worshippers were attacked viciously. More than 150 Palestinians have been injured and over 400 have been detained.

On Friday, Israeli occupation forces violently stormed the Mosque and emptied it of worshippers.

According to Al Mayadeen’s correspondent, occupation forces fired sound grenades, teargas, and rubber-coated metal bullets at worshippers, injuring a number of them.

According to Euro-Med, the storming of the mosque indicates a desire for escalation on the part of the Israeli occupation.

In various incidents in 2022, Euro-Med Monitor reported the killing of 47 Palestinians, including 8 children and 2 women.

The number indicates a 5-time increase of Palestinians martyred in the same period in 2021.

In January, five Palestinians were martyred, in February six, and 18 in March.

Furthermore, only 14 days into April, the Israeli occupation has martyred 18 Palestinians.

What paved the way for the increase in killings was the green light from Israeli politicians, particularly the PM, Naftali Bennett, to increase the number of deadly assaults on Palestinians in order to “Defeat terrorism.”

The Israeli army approved a new shooting policy in December 2021, which permitted occupation forces to open fire on Palestinian youths who repelled attacks from the occupation with stones and Molotov cocktails.

Even though in the aforementioned cases Palestinians are considered unarmed, Bennett stated that the alterations to the policy allowed soldiers to “defend themselves.”

The alterations make the pulling of the trigger easier and as usual, Israeli occupation forces are protected from any repercussions.

According to Euro-Med Monitor, “Israel’s” continued use of fatal force against civilians is an unavoidable effect of the lack of internal accountability in “Israel” as well as the international community’s policies, which permits “Tel Aviv” to get away with transgressions every time.

It urged United Nations agencies and entities concerned with quick action to safeguard civilians in Palestinian territory and take strong efforts to guarantee responsibility for the atrocities perpetrated against them.

Euro-Med Monitor further urged all parties involved to intervene promptly to stop the Israeli attacks, particularly on the Al-Aqsa Mosque, and not to let the Israeli government continue performing extreme acts that might lead to an escalation in other regions.