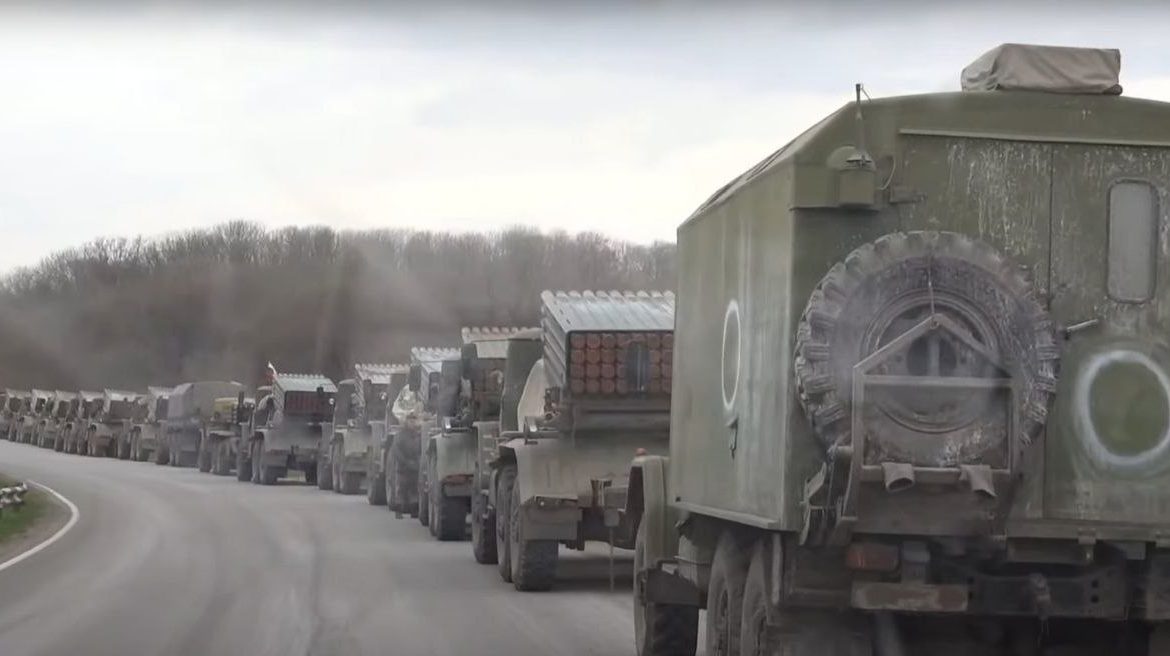 War un Ukraine day 53: Final stage of mop up operation in Mariupol, forces in Donbass get ready for major battle

To date, the main developments continue in the city of Mariupol, where the DPR and Russian forces have strengthened their positions and taken control of the seaport and the Ilyich plant over the past few days. The crews of foreign ships that were blocked by Ukrainian nationalists were completely evacuated from the seaport. Fighting continues in the large industrial plant of Azovstal.

The AFU fortifications at the Azovstal plant are constantly shelled by Russian forces. On April 17, the members of the nationalist Azov regiment blockaded in the Azovstal were once again offered to surrender. The Ministry of Defense of the Russian Federation offered them to surrender, guaranteeing security. No one left the plant along the provided humanitarian corridor. Kiev ordered the fighters in Azovstal to shoot anyone who decides to lay down their arms. The assault on the territory of the Azovstal plant has resumed.

On April 17, the Ministry of Defense of the Russian Federation reported that the total number of foreign mercenaries on the territory of Azovstal is over 400 militants. The Ministry recalled that they do not have the status of servicemen under International Humanitarian Law. Thus, the best that can happen to them is criminal liability and long terms of imprisonment

The Ministry of Internal Affairs of the DPR published a video showing the destroyed column of the AFU, which attempted to break through from the Primorskiy district towards the Ukrainian forces blocked on the territory of the Azovstal plant on April 15.

In the Left-Bank district of Mariupol, fighting continues in the industrial zone adjacent to Azovstal, almost all residential buildings, except the 6th microdistrict, are under the Russian control.

After taking control of the territory of the seaport in Mariupol, the mop up operation continues in the Primorsky district of the city.

On April 16, a special operation was carried out in the Primorsky district to free hostages held by Ukrainian nationalists in a Turkish mosque. The Russian Ministry of Defense confirmed that the operation was carried out at the request of the President of the Republic of Turkey Erdogan. As a result, the mosque was taken under the Russian control, 29 militants, including foreign mercenaries, were killed. Hostages, citizens of one of the CIS countries have been released.

No significant successes on the other Donbass front lines are reported by any of the warring sides. To date, the DPR army has taken control of the territory, with 800 thousand civilian residents. A significant part of the republic with a population of about 1.5 million citizens is still under the AFU control. The army of the LPR is yet to take control over the territory, which is home to about 300 thousand people.

In the Kharkiv region, no significant changes on the front lines were reported. The Russian and Ukrainian Armies are likely still regrouping their troops, preparing for new round of hostilities. Heavy fighting continues near Izyum and Severodonetsk, and LPR troops are storming the town of Popasnaya. Basically, fierce artillery duels continue on the fronts.

During the last week, at least three Ukrainian warplanes were shot down in the area of Izyum. Ukrainian Su-24M shot down by Russian Igla systems:

The recent attempt of Kyiv’s forces to counter-attack near Izyum in the south of Kharkiv Region was thwarted. Russian units captured at least one Ukrainian battle tank and destroyed 2 more pieces of military equipment involved in the attack. A part of troops of pro-Kyiv units was eliminated, while others fled the scene.

On the southern fronts of Donbass, on April 18, Ukrainian sources report the beginning of the advance of Russian troops along the Gulyai-Pole – Velikaya Novoselka line in the direction of the village of Pokrovskoye. Russian rockets and artillery struck the AFU positions near the villages of Staromayorskoye, Makarovka, Storozhevo, Neskuchnoye, Vremovka, Priyutnoye, Vishnevoye, Malinovka, Poltavka, Novodarovka, Novoukrainskoye, Stepnoye.

The Russian assault in the south of the Donbass region is expected in the coming days, as more and more forces are transferred in the area after hostilities in Mariupol decreased.

The front lines in the Mykolaiv and Kherson regions also remain unchanged. Clashes continue on the border of the two regions. At the same time, active airstrikes of the Russian Aerospace Forces in Mykolaiv continue. Local Ukrainian authorities declare an impending counter offensive in the region, likely another attempt of a counter offensive, as the AFU have already failed to completely repel Russian troops from the region.

In the morning on April 18, Russian Kalibr missiles hit targets in the Lvov and Kiev regions:

The Russian Aerospace Forces struck 108 areas of concentration of personnel and Ukrainian military equipment. Russian warplanes destroyed eight tanks and other armored fighting vehicles, as well as up to a company of AFU manpower in the areas of Pashkovo, Veseloye and Ilyichevka.

On April 18, the Russian Defence Ministry claimed that another Ukrainian missile destroyed civilian farm in the village of Tokmak in the Zaporozhie region. The strike was probably carried out by the Tochka-U tactical missile and targeted private farm. The buildings and structures of a private agricultural farm have been completely destroyed and cannot be restored.