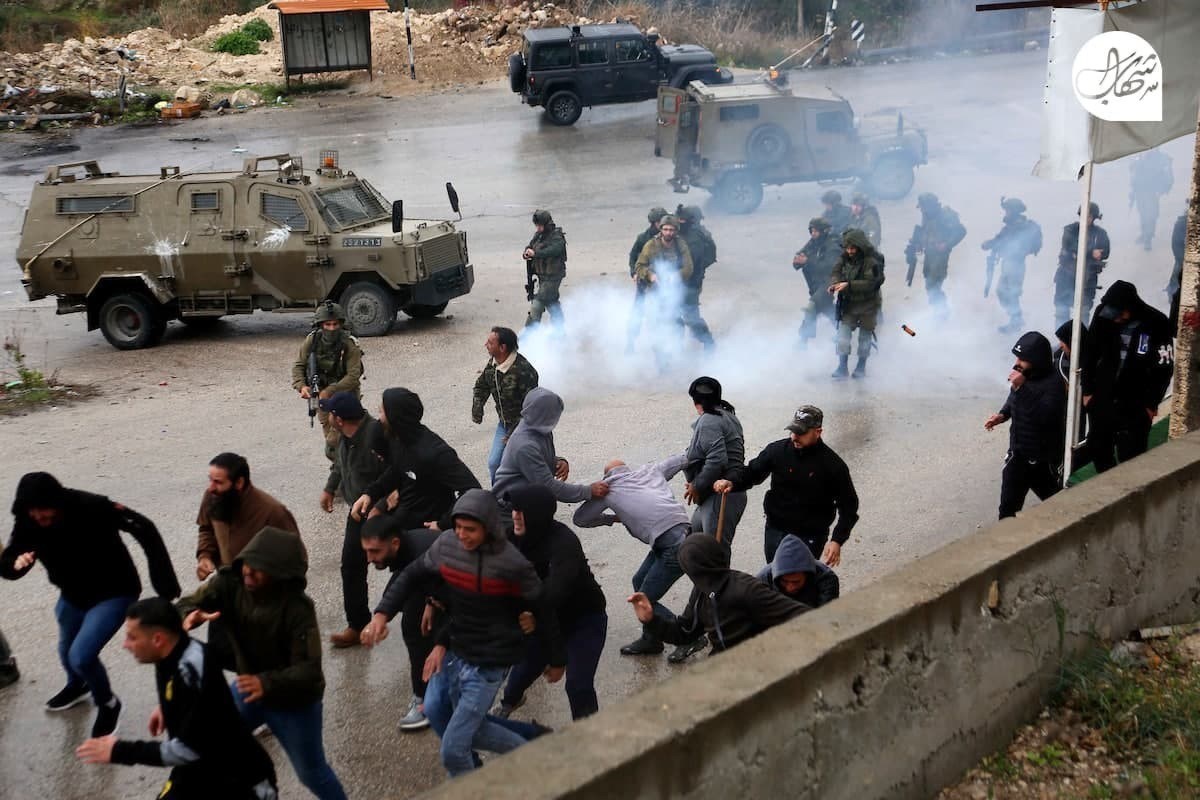 The Israeli occupation forces fired tear gas, and rubber-coated metal bullets at Palestinians and press staff in the area, according to Al Mayadeen.

Confrontations erupted in Burqa, a Palestinian village in the Nablus Governorate, northern occupied West Bank, following an Israeli far-right extremist march to the illegal Israeli settlement of “Homesh”, which is built on occupied Palestinian land, amid heavy deployment of Israeli occupation forces.

Local sources told WAFA news agency dozens of young Palestinian men confronted the occupation forces at the western entrance of the town, which the IOF has closed with earth mounds.

The unconstitutional excessive use of force. including tear gas against Palestinians. led to several critical injuries, among which were suffocations.

On its account, the Palestinian Red Crescent reported that 32 Palestinians were injured during the confrontation with the occupation forces, 25 of which tear gas inhalation.

The occupation forces closed the entrance to the village of Bazzariya, which connects Tulkarm and Jenin, with concrete cubes, and closed the Nablus-Jenin road near Silat az Zahr with earth mounds and rocks to secure the settlers’ march.

Earlier, the Israeli settlers had planned for storming Al-Aqsa in the thousands, including members of the Knesset, under the pretext of celebrating the Jewish Passover holiday.