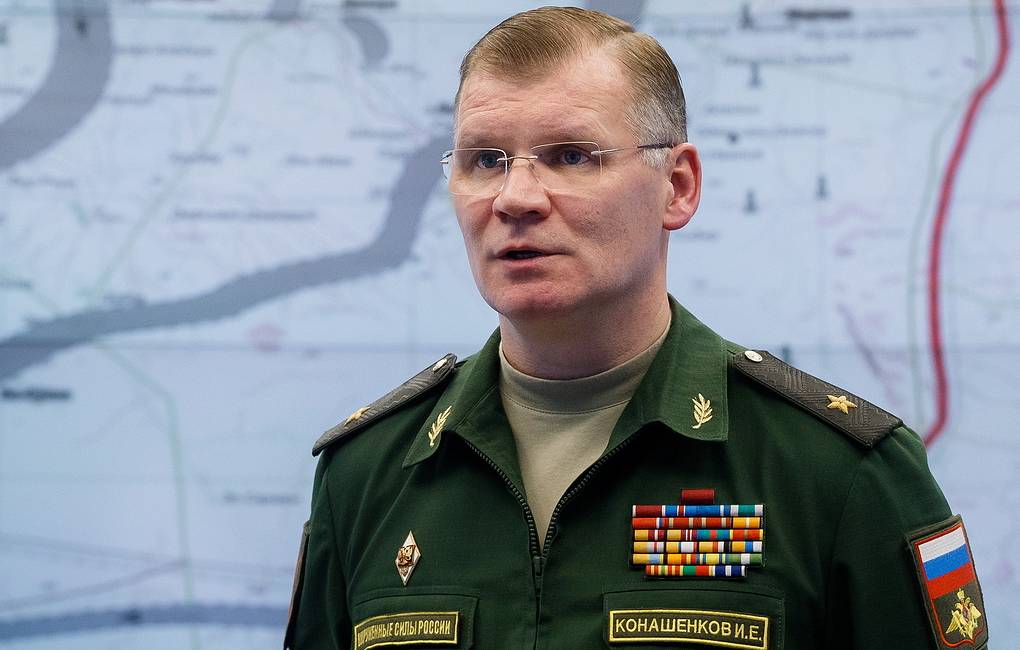 Russian air defense systems shot down Ukrainian Su-25 aircraft in the Kharkov region. At the same time, Pantsir-S crew shot down two Tochka-U tactical missiles in the air around the settlement of Chernobaevka, Major General Igor Konashenkov announced on Saturday.

“Russian air defense systems shot down Su-25 aircraft of the Ukrainian Air Forces in the Novaya Dmitrovka area of the Kharkov region,” he said.

The Russian Aerospace Forces hit 66 military facilities in Ukraine overnight, including three warehouses with rocket and artillery weapons and 58 areas of concentration of Ukrainian forces and military equipment, Konashenkov announced.

“Operational-tactical and army aviation of the Russian Aerospace Forces hit 66 military facilities of Ukraine during the night, including three command posts, 58 areas of concentration of Ukrainian forces and military equipment, as well as three warehouses with rocket and artillery weapons,” Konashenkov said.

Since the beginning of the special military operation in Ukraine, the Russian Armed Forces have destroyed 538 unmanned aerial vehicles (UAVs), 2,471 tanks and armored vehicles of the Armed Forces of Ukraine, as well as 274 multiple rocket launchers, Konashenkov announced.

“In total, since the beginning of the special military operation, the following have been destroyed: 141 aircraft, 110 helicopters, 538 unmanned aerial vehicles, 261 anti-aircraft missile systems, 2,471 tanks and other armored combat vehicles, 274 multiple rocket launchers, 1,075 field artillery pieces and mortars, as well as 2,311 special military vehicles,” he said.