Earlier in May, Britain’s National Health Service (NHS) argued that the risk of catching monkeypox in the UK is very low, given that the infection is mainly spread by wild animals in parts of west or central Africa.

The UK Health Security Agency (UKHSA) confirmed on Saturday that two people had been diagnosed with monkeypox in London, a week after the first such case was registered in an area located outside of the British capital.

The UKHSA said that one of the latest people to test positive for the disease is being treated at St Mary’s Hospital, based in London, while the other individual is self-isolating and does not require hospital treatment.

According to the health agency, they are currently investigating where and how the latest cases were infected.

The organisation added that those who might have been in close contact with the two are being contacted and given health advice.

The development comes after the UKHSA said in a statement late last week that a patient who tested positive for monkeypox and was not named “has a recent travel history from Nigeria, which is where they are believed to have contracted the infection, before travelling to the UK”.

At the time, the patient was reportedly receiving treatment at the infectious disease unit at the Guy’s and St Thomas’ NHS Foundation Trust in London, according to the UKHSA.
Monkeypox is a rare viral disease that occurs predominately in central and west Africa. The UKHSA says that most people recover in a few weeks and that early symptoms include rash, fever, headache, muscle aches, backache, swollen lymph nodes, chills and exhaustion. 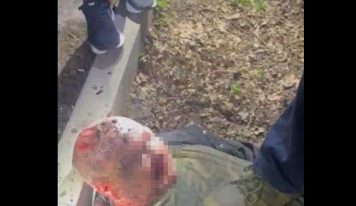