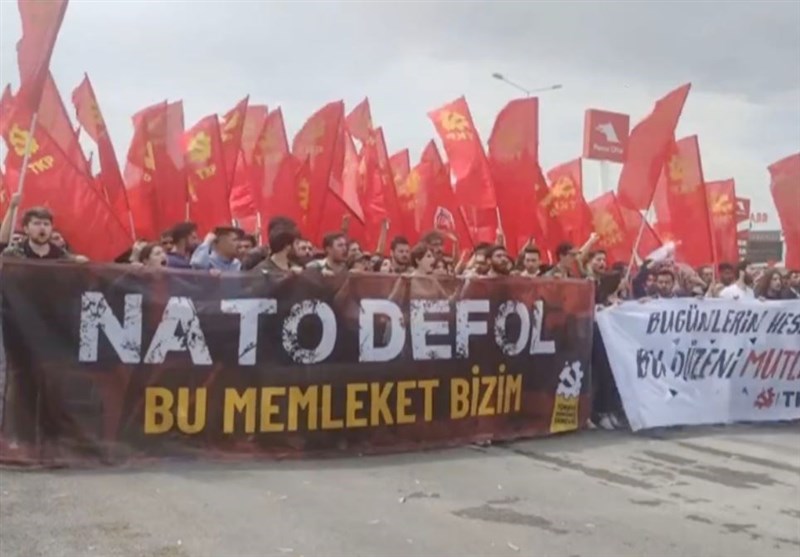 Hundreds of people gathered near Incirlik Air Base in the southern Turkish province of Adana on Sunday to voice their opposition to the military presence of the US-led North Atlantic Treaty Organization (NATO).

About hundreds of meters away from the base, protesters were chanting slogans and holding banners reading “Get out NATO. This land is ours.” Some protesters believe that NATO, being a military alliance, has led to massive numbers of bloodshed in the neighboring areas.

“We did not come here to say good words, but to hold (NATO) accountable on behalf of the people of the world. Down with NATO. Down with imperialism,” said the protesters, according to China’s CCTV news channel.

Since Turkey joined the military alliance in 1952, voices calling for its withdrawal and shutdown of the military bases have never ceased in the country. The United States, which now uses the Incirlik Air Base along with Turkey, claims the troops were stationed to protect the south wing of NATO.

However, reports have revealed that in the airbase stores tactical nuclear weapons, and protesters were worried that consequences caused by such weapons would eventually befall the Turkish people.

“Incirlik Air Base has always been used to bombard the surrounding countries, leading to bloody events. The base also has nuclear weapons, so bases like this should be shut down. These weapons have made our country a target and Turkey may be attacked by other countries. We do not want such weapons stored here in Turkey. A Turkey that is independent should not have such bases for the United States or NATO. We think this is wrong, and this is what brought us here today to protest,” said another protester.

Nearly a hundred police officers were mobilized on Sunday, guarding the area near the airbase and preventing violent clashes.