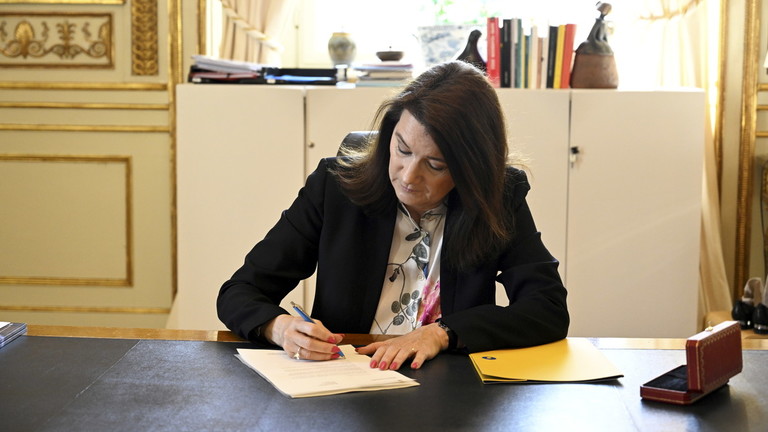 Swedish Foreign Minister Ann Linde has signed a formal request to NATO to accept the country as a member, the country’s mission to the military alliance reported on Tuesday. The government made the decision one day earlier.

Linde said that signing the application “felt big and serious” in terms of the historic significance of the move. Sweden had maintained military neutrality since the Napoleonic Wars, and did not join NATO during the Cold War.

The minister said the application will be submitted to NATO along with a similar bid from Helsinki. Finland also maintained neutrality during the Cold War, but decided to seek membership after Russia attacked Ukraine earlier this year.

Moscow said the two Nordic nations’ national security will be compromised rather than served by the move, since Russia will readjust its military posture accordingly. Russia believes NATO to be a hostile organization that furthers the interests of the US, and said its eastern expansion in Europe is the root cause of the tensions and the conflict in Ukraine.

The bids will need to be approved by all 30 current members of the military alliance, which promised to speed up the accession process as much as possible. Turkey broke ranks by objecting to the proposed expansion.

Ankara accused Sweden and Finland of harboring “terrorists,” in an apparent reference to ethnic Kurds who oppose the Turkish government and who have been granted political asylum in the two countries over the years. NATO Secretary General Jens Stoltenberg said he believes Turkey’s concerns can be resolved, and that he hopes they will not slow down the integration of the two countries into the alliance.