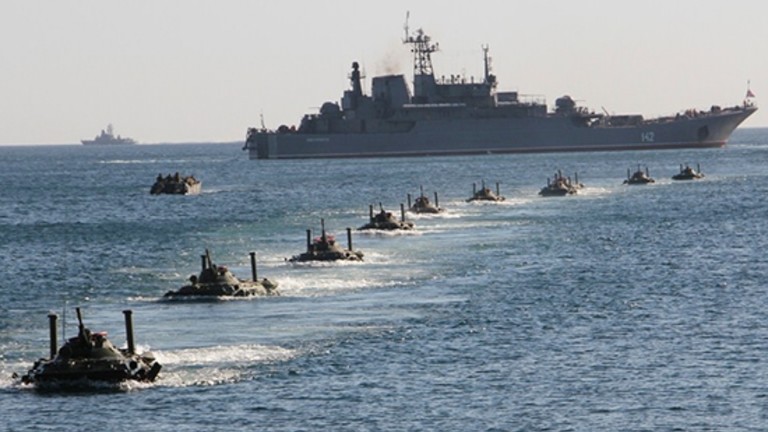 A top Ukrainian adviser has claimed that the United States is drawing up plans to sink Russian warships and ‘destroy’ its Black Sea Fleet, following reports that Washington is seeking to provide advanced anti-ship missiles to the Ukrainian military. The Pentagon has denied the allegations.

Ukrainian Internal Affairs Ministry adviser Anton Gerashchenko made the statement on social media on Thursday, saying that discussions are now underway in relation to how the US could help to break a Russian blockade of Black Sea ports.

“The US is preparing a plan for the destruction of the Black Sea Fleet,” he wrote. “The effective work of the Ukrainians on [Russian] warships convinced [the US] to prepare a plan to unblock the ports. Deliveries of powerful anti-ship weapons (Harpoon and Naval Strike Missile with a range of 250-300km) are being discussed.”

Pentagon Press Secretary John Kirby denied the Kiev official’s claims, stating during a Friday press briefing “I can tell you definitively that that’s not true.”

Gerashchenko had cited a recent Reuters report stating that the Biden administration was “working to put advanced anti-ship missiles in the hands of Ukrainian fighters to help defeat Russia’s naval blockade,” referring to the Harpoon and Naval Strike missiles by name.

The report noted some obstacles in sending such weapons to Kiev, however, including the “limited availability of platforms to launch Harpoons from shore,” given that it is largely a sea-based missile. Unnamed US officials said the White House is looking for a solution, including “pulling a launcher off of a US ship.”

When asked about anti-ship missiles, Kirby said he would not “get ahead of decisions that haven’t been made.” He pointed out that the US is “talking to the Ukrainians every day,” adding that US Defense Secretary Lloyd Austin had spoken with Ukrainian Minister of Defense Alexey Reznikov on Friday.

“When we have decisions, we come right out here and issue a press release,” Kirby stated.

The reported discussions around anti-ship munitions follow media reports that Washington may have helped Ukrainian forces to sink Russia’s Black Sea flagship – the guided-missile cruiser ‘Moskva’ – off the coast of Odessa last month. US officials have denied those suggestions, with Kirby stating that Kiev has its “own intelligence capabilities to track and target Russian naval vessels, as they did in this case,” and that US intelligence was not provided to help locate and strike the ship.

Moscow has offered a different version of events, maintaining that the ‘Moskva’ sank after a fire triggered a blast in a munitions magazine, but has confirmed the death of one sailor and that 27 others are currently missing in action since the ship was lost.

Though US officials have yet to publicly confirm whether anti-ship weapons are slated for Ukraine, American military aid to the country has steadily escalated since Russia’s attack commenced in late February. The recent passage of a massive new $40 billion aid package brought total US assistance to nearly $54 billion since March. Hardware currently being provided includes anti-tank Javelin missiles, anti-aircraft Stingers, long-range artillery pieces, armored vehicles, drones, light arms and ammunition, and other gear. The latest aid bill is also expected to provide for Patriot anti-air missile batteries, despite previous comments from Pentagon officials saying the weapon was off the table.

“There’s no discussion about putting a Patriot battery in Ukraine. In order to do that you have to put US troops with it to operate it,” a senior defense official told media in March. “It is not a system that the Ukrainians are familiar with and as we have made very clear, there will be no US troops fighting in Ukraine.”

It’s unclear what has changed since then, and White House and Defense Department officials have offered few details on whose forces will operate the Patriot batteries or the exact location of their deployment during recent briefings.