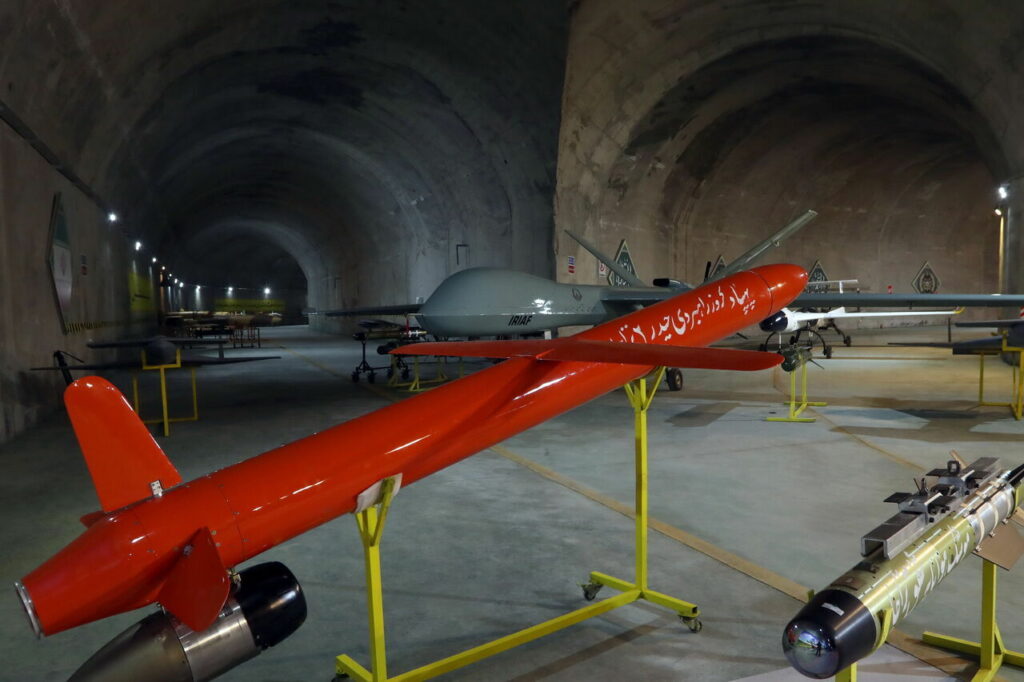 The Islamic Republic of Iran Army unveiled two new drone systems during a visit by Major General Mohammad Bagheri, Chief of Staff of the Iranian Armed Forces, to a secret drone base on May 28.

Iran’s state TV said that the army is keeping around a hundred drone in the base that is located in the “heart of the Zagros mountains”.

The first system, dubbed “Heidar-1,” is a drone launched cruise missile with a range of up to 200 kilometers. The missile is equipped with an optical seeker, and possibly a data-link.

Iran didn’t provide much information about the second system, dubbed “Heidar-2”. The system appears to be a ground-launched version of the Heidar-1 powered by a small turbojet engine. The Heidar-2 is not equipped with an optical seeker.

Maj. Gen. praised the recent development in Iran drone capabilities, stressing that the country’s will continue to boost these capabilities.

“No doubt the drones of Islamic Republic of Iran’s armed forces are the region’s most powerful,” the Iranian commander said, “Our capability to upgrade drones is unstoppable”.

The two systems were likely unveiled as a message to Israel. The Israeli intelligence was blamed for the May 22 assassination of Quds Force Colonel Hassan Sayad Khodayari, who was reportedly involved in the smuggling of drones to Hezbollah in Lebanon through Syria, as well as for the May 25 deadly explosion at Parchin military complex, which hosts some of Iran’s key drone research facilities.

Israel grew concerned over Iran’s drone capabilities in the recent years. The Israeli military and intelligence have been working nonstop to prevent Tehran from transferring these capabilities to its allies in Syria, Lebanon and Palestine using overt and covert means.