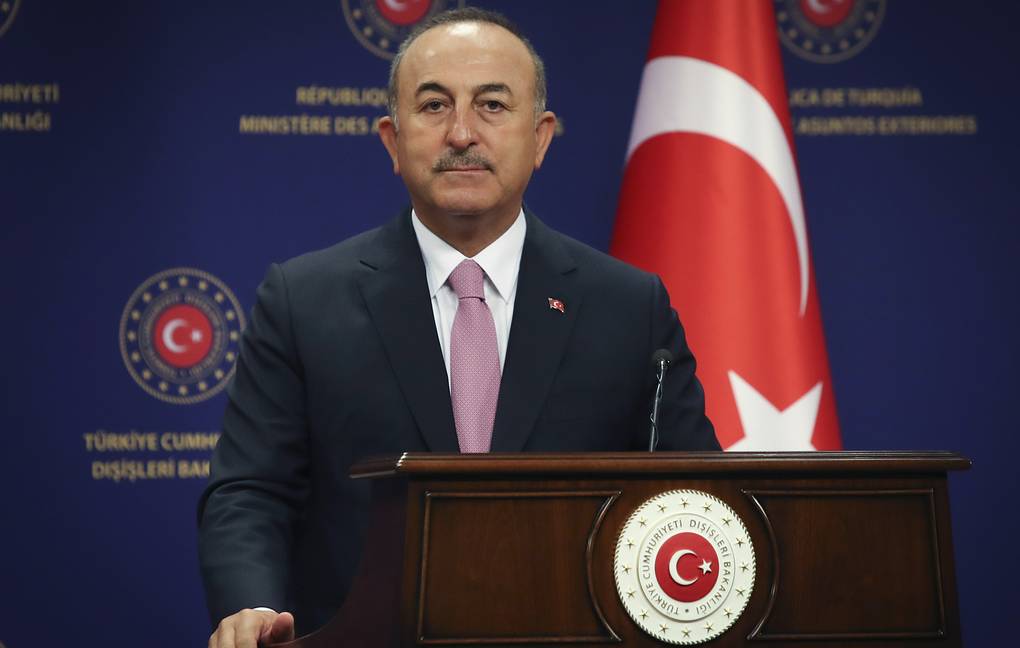 Turkey's Foreign Minister Mevlut Cavusoglu takes part in a news conference, in Ankara, Turkey, Tuesday, Sept. 1, 2020. Cavusoglu said Tuesday his country favors a dialogue with rival Greece that would lead to the fair sharing of resources in the eastern Mediterranean, where the two countries are locked in a tense standoff that threatens to spill into a conflict.(Cem Ozdel/Turkish Foreign Ministry via AP, Pool)

Turkey has cancelled or postponed some planned NATO drills in the Black Sea due to the requirements of the Montreux Convention amid tensions between Russia and Ukraine, Turkish Foreign Minister Mevlut Cavusoglu said in an interview with the Anadolu Agency on Tuesday.

“If we had joined the sanctions, we would not have been able to fulfill the mediation role that we have now. We applied the Montreux Convention to warships, but the airspace, that corridor, we have to keep it open. Outside of the convention, there have been requests from Russia, the United States for ships to pass. We have, in accordance with the convention, cancelled or postponed planned NATO drills. We play an important role, and we fulfill our obligations,” he said.

Cavusoglu recalled that Ankara “said from the very beginning that it would only join the UN sanctions” if they were officially imposed on Russia. “Everyone can now impose sanctions on anyone they want. That’s their business. We have chosen the role of mediator, we are trying to make things easier. And this position is welcomed in the EU, in the world,” he said. However, the minister notes that Turkey’s policy of not joining the sanctions against Russia does not mean there’s a possibility of circumventing them through Ankara.

On February 24, Russian President Vladimir Putin announced a special military operation in Ukraine in response to a request by the heads of the Donbass republics. He stressed that Moscow’s plans did not include the occupation of Ukrainian territories; the goal was the demilitarization and denazification of the country. After that, the US, the EU, the UK, and a number of other states imposed sanctions against Russian individuals and legal entities.
Source: TASS