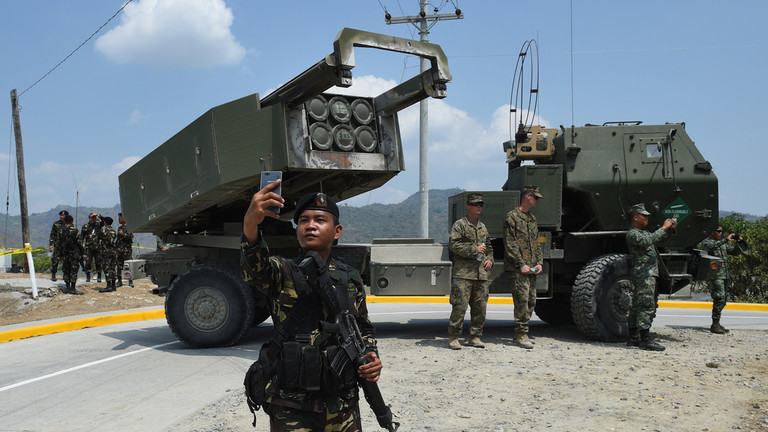 Kiev will resort to hysterical outbursts, if the US fails to deliver multiple rocket launchers to fight Russia, an aide to President Volodymyr Zelensky said on Monday. Alexey Arestovich was responding to remarks by US President Joe Biden, who said the US won’t send to Ukraine long-range rockets that can hit Russia.

Washington is reportedly on the brink of stepping up the arming of Ukraine with heavier weapons. Arestovich, a key figure in Ukraine’s messaging on military affairs, outlined Kiev’s response to a scenario, in which the weapons are not delivered as expected.

“The decision about the systems is coming soon, and we will understand whether they will supply them or not,” he said. “If they don’t, we’ll have an exemplary tantrum.”

The US is expected to deliver two kinds of rocket systems to Ukraine, the M270 Multiple Launch Rocket System (MLRS) and the M142 High Mobility Artillery Rocket System (HIMARS). Both can launch tactical ballistic missiles with a range of up to 300km, but the more affordable type of munitions for them are shorter-range rockets that can be fired in barrages.

Biden said on Monday that the US was “not going to send to Ukraine rocket systems that can strike into Russia”. He didn’t elaborate, but many people, Arestovich included, believe he was referring to the munitions, not the launchers.

“Seventy kilometers is more than enough for us,” he said, referring to the range of the smaller projectiles.

Media reports said US officials were reluctant to supply the longer-range missiles that could be used to attack targets in Russia due to concerns that Moscow would perceive it as a major escalation. Russia has blamed Ukrainian forces for several cross-border incidents that hurt civilians and caused damage inside Russia. Kiev has neither claimed credit nor denied responsibility for them.

Ukraine has Soviet-made multiple rocket launchers in its arsenals but claims that the American systems would give it an advantage on the battlefield. Ukrainian troops have been retreating in the east this month, ceding territory claimed as their own by Russian-backed republics in the Donbass region. Kiev also suffered a setback in Mariupol, where over 2,000 troops surrendered to Russian forces after spending weeks under a blockade.

Russia attacked the neighboring state in late February, following Ukraine’s failure to implement the terms of the Minsk agreements, first signed in 2014, and Moscow’s eventual recognition of the Donetsk and Lugansk People’s Republics. The German- and French-brokered protocols were designed to give the breakaway regions special status within the Ukrainian state.