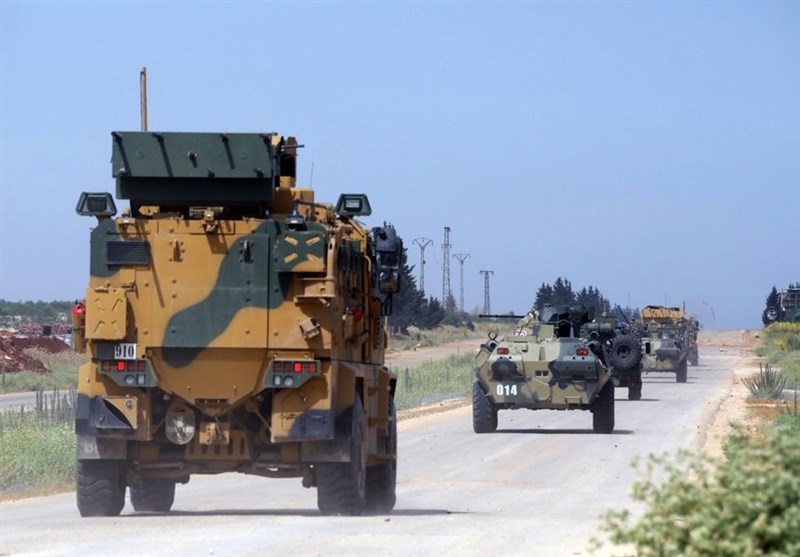 Amid a major military escalation in northern Syria, Turkey is planning a new incursion against US-backed Kurdish fighters in Syria, a move which comes amid Ankara’s reservations about a NATO expansion bid and projects to relocate vast numbers of Syrian refugees.

A military commander in the so-called National Army affiliated with the Syrian opposition said, “On Wednesday evening, large military reinforcements belonging to the Turkish army entered the Bab al-Salama border crossing in the city of Azaz in the northern countryside of Aleppo and headed to the Turkish bases.”

It said another convoy entered from the Tal Abyad crossing in the northern countryside of Raqqa and headed to areas south of Tel Abyad, Rai Ayoum reported.

The entry of Turkish military reinforcements into Syria comes after the escalation witnessed in northern Syria between the opposition factions loyal to Turkey and the Kurdish SDF militia. Local residents in the western countryside of Tal Abyad told the German news agency dpa that the Turkish army and the opposition factions fired dozens of shells at several villages west of Tal Abyad, which are under the control of SDF.

Turkish President Recep Tayyip Erdogan said on Sunday that Turkey would soon launch a military operation in northeastern Syria, in order to extend the Turkish forces’ areas of control in Syria to a depth of 30 km along the two countries’ border.

The zone is also where he hopes to “voluntarily” return about 1 million Syrian refugees in Turkey.

“As I always say, we’ll come down on them suddenly one night. And we must,” the Turkish leader said on his plane following his visit to the Republic of Azerbaijan, according to Turkish media.

The threat comes as Erdogan has said Turkey will block Sweden’s and Finland’s applications to join the NATO military bloc, which were put forth after the Russia-Ukraine crisis.

The quid pro quo Ankara demands for lifting its objections concentrates on the end of the alleged support given by the two Nordic states to Kurdish groups.

Turkey has launched three military operations into northern Syria since 2016, seizing areas along the border in what it says is a bid to secure its frontier from threats from Daesh (ISIL or ISIS) and the SDF.

Erdogan said over the weekend that Turkey would not wait for permission from the United States before launching such an operation.

Erdogan on Tuesday told Russian President Vladimir Putin that a 2019 agreement signed between the two countries allowed for the creation of a security zone along the Turkish-Syrian border.

Both Manbij and Tal Rifat host large Kurdish populations and lie near Turkey’s border with Syria.

Their capture would allow Erdogan to expand and deepen the so-called “safe zone” along the border where Ankara hopes to resettle Syrian refugees.

But according to Rami Abdul Rahman, the head of the so-called Syrian Observatory for Human Rights, the Turkish operation could trigger a new wave of displacements.

More than 100,000 people were displaced from the town of Afrin alone during the 2018 Turkish operation, according to United Nations estimates. Most of the people went east to Tal Rifat.