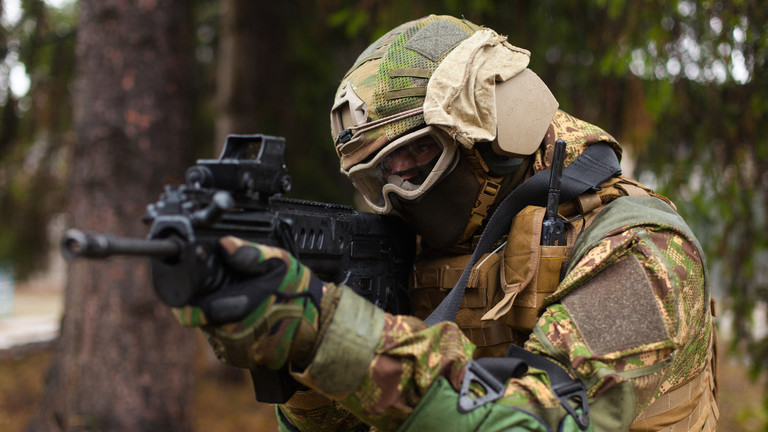 The total number of foreigners fighting on Kiev’s side has almost halved, the Defense Ministry claims

A top Russian defense official has claimed that Ukraine is using foreign volunteers as cannon-fodder in its conflict with Moscow. The fighters concerned typically lack training and combat experience, according to Major General Igor Konashenkov.

He claimed that Ukrainian commanders “do not spare the foreigners,” and in order to reduce the losses among their own forces, sacrifice them first, adding that “a significant number” of mercenaries are seeking to leave Ukraine, but the “Kiev regime in every possible way prevents them from going abroad.”

“We note that since the beginning of May, the flow of foreign mercenaries to Ukraine to participate in hostilities against the Russian armed forces has virtually dried up,” Konashenkov, who serves as spokesman for the Russian Defense Ministry, added.

Speaking at a briefing, he claimed that, according to Moscow’s data, the number of foreign fighters in Ukraine has decreased from 6,600 to 3,500.

“Hundreds of foreign mercenaries in Ukraine were destroyed by Russian long-range precision weapons shortly after their arrival at the places where they were undergoing additional training and where the tactical units were coordinated,” he claimed.

Most of the mercenaries, according to the spokesman, were killed “due to the low level of training and the lack of real combat experience.”

Apparent attempts by the Ukrainian authorities to provide the foreign fighters with legal protection, by adding them to the lists of the Armed Forces or giving them Ukrainian passports, will not save them from liability, he said.

The statement came several days after the General Prosecutor’s Office of the Donetsk People’s Republic said that three suspected mercenaries from Britain and Morocco, who joined the Ukrainian military and were later captured by DPR forces, could face the death penalty for war crimes.

In March, Defense Minister Sergey Shoigu suggested giving the green light to foreign fighters who want to go to Ukraine and join the forces of the Russia-backed Donetsk and Lugansk People’s Republics. According to Shoigu, there are about 16,000 foreigners, many of them from the Middle East and who are experienced in fighting jihadists. Russian President Vladimir Putin supported the idea, noting that Russia’s opponents in Ukraine have been recruiting foreign volunteers.