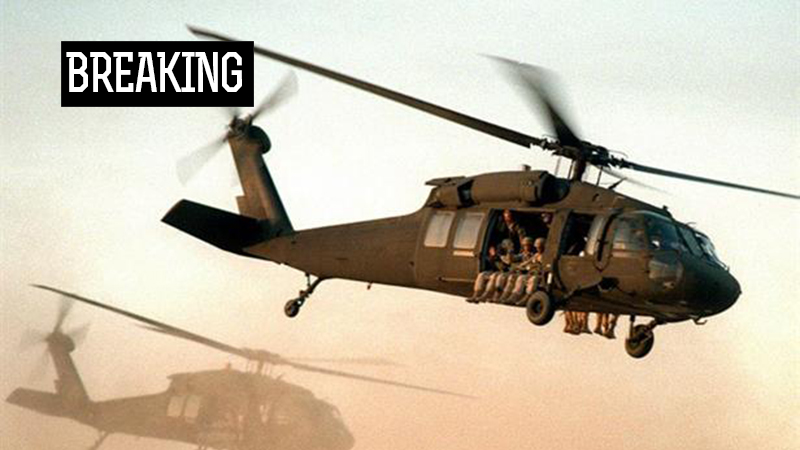 Early on June 16, a US special operation force conducted a raid in the Turkish-occupied village of al-Humayrah in the northern countryside of Syria’s Aleppo.

The force reached the village, which is located to the southwest of the town of Jarablus, in six helicopters coming from the direction of Syria’s northeastern region, where the US-led coalition maintains several bases.

The helicopters, a combination of Black Hawks and Chinooks, were targeted by Turkish-backed militants while heading towards al-Humayrah.

Clashes were reported during the alleged raid, which lasted for seven minutes only. Fighter jets and combat helicopters were flying over al-Humayrah and nearby Turkish-occupied areas. However, no airstrikes were reported. After the end of the raid, the helicopters withdrew to the northeastern region, allegedly towards the Lafarge cement plant base in the northeastern Aleppo countryside.

Syrian opposition activists speculated that the raid targeted a senior commander of ISIS, or al-Qaeda-affiliated Horas al-Din. However, this is yet to be confirmed.

On February 3, ISIS leader Abu Ibrahim al-Hashimi al-Qurashi was killed when a US special operation force raided his hideout in the northwestern Syrian region of Greater Idlib. Six children and four women were among 13 people who died in the raid on the hideout. A US helicopter was also lost.

After the raid, ISIS appointed Abu al-Hassan al-Hashimi al-Qurashi as its new leader. Unconfirmed reports from last May said that Abu al-Hassan was apprehended by Turkish security forces in Istanbul city. However, this is yet to be confirmed.