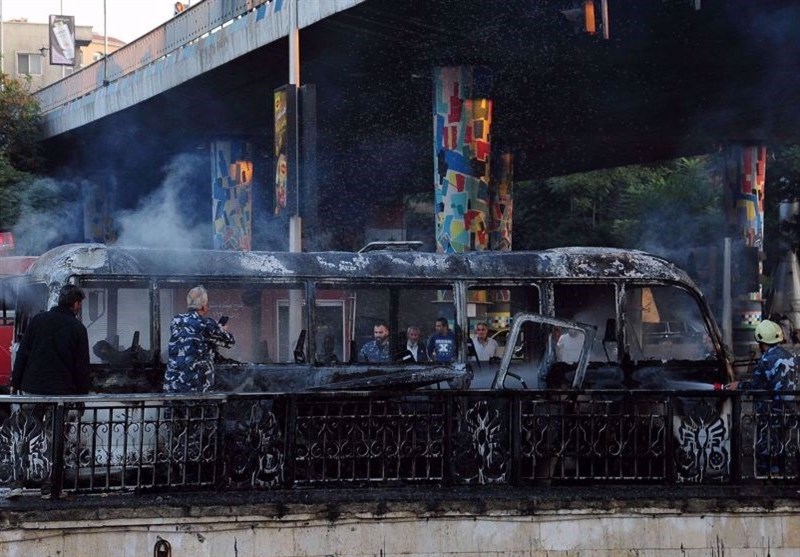 At least 13 people were killed, among them two civilians and 11 soldiers, and several others injured when a terrorist attack targeted a civilian transit bus in the northern Syrian city of Raqqah.

Citing an unnamed military source, Syria’s official news agency SANA reported that 11 government troops and two civilians were killed in the explosion that happened at around 6:30 a.m. local time (0330 GMT) on Monday when the bus was traveling in the Jabal al-Bishri region and along the road linking Raqqah and Homs, adding that another three soldiers were wounded in the terrorist attack.

There was no immediate claim of responsibility for the attack.

The so-called Syrian Observatory for Human Rights said the ambush had been carried out by remnants of the Daesh Takfiri terrorist group, who launch hit-and-run attacks in the country’s desert areas.

The bus was attacked in the west of Aleppo province on May 13, SANA reported at the time.

Attackers hit the bus with an anti-tank missile, the news agency said.

There was no claim of responsibility for the attack, which took place near the frontier with militant-held territory close to the Turkish border.

Back on October 20 last year, a bomb attack on a bus carrying troops in the Syrian capital Damascus killed at least 14 military personnel and wounded three others.

Two explosive devices went off as the bus was near the Hafez al-Assad bridge, Syrian state TV said, adding a third device was defused by an army engineering unit.

Since 2011, Syria has been gripped by foreign-backed militancy, leading to the emergence of Daesh and other terrorist groups in the Arab country.

The Syrian government has repeatedly condemned the United States and the European Union for waging economic terrorism on the country through their unilateral sanctions, holding them responsible for the suffering of the Syrian people.

Damascus has also been critical of the United Nations for keeping silent on the destructive role of the US and EU, among other parties supporting terrorism in Syria.