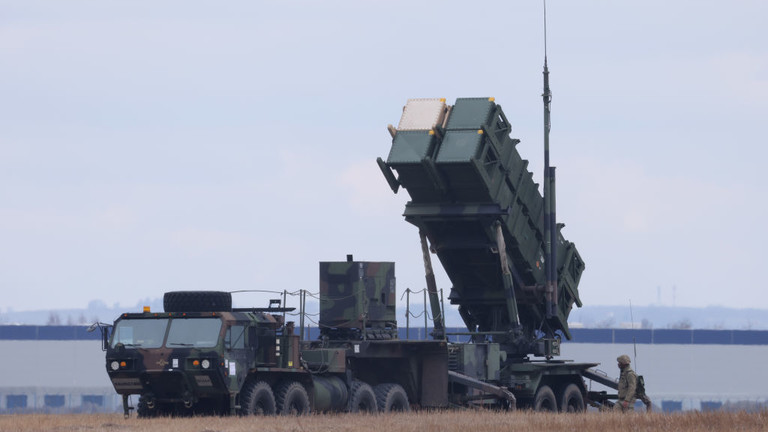 NATO should give ultimatum to Russia – Polish general

The bloc should be prepared to introduce ‘anti-missile protection’ over Ukraine to defend its borders and Western weapons supplies, Stanislaw Koziej said

The former head of the Polish National Security Bureau, General Stanislaw Koziej, has called on NATO to deliver an ultimatum to Russia: either Moscow stops missile strikes in the western parts of Ukraine near NATO borders or the alliance imposes “anti-missile protection” over Ukraine.

In an interview with the Polish web portal Onet last week, Koziej, who was Poland’s national security chief between 2010 and 2015, said that NATO should protect the military equipment that Western countries are sending to Ukraine.

At the moment, the general said, Russian forces are trying to destroy the weapons by long-range missiles launched from the Black Sea, or with the help of strategic aviation.

This is “not acceptable,” Koziej claims. According to him, the fact that Russia is apparently using dual-purpose missiles capable of carrying nuclear warheads gives NATO every reason to take steps to mitigate the risks.

“We have all arguments to take preventative measures and to inform Russia that if it does not stop attacking our border with long-range missiles, then from some day we will introduce anti-missile protection over Western Ukraine,” Koziej said.

Russia has long called on the West to stop “pumping up” Ukraine with weapons, warning that it would only prolong the conflict and lead to further problems. Moscow also made it clear that it would consider any foreign military equipment on Ukrainian territory a legitimate target.

In Koziej’s opinion, until now Russia has successfully “blackmailed” the West by threatening the potential use of nuclear weapons. Therefore, he argued, NATO should be prepared to shoot down Russian missiles “at an appropriate distance” from its border.

“In my opinion, this situation must be finally reversed or at least balanced. It cannot be that in the confrontation of two sides, only one scares, puts up barriers, conditions and red lines,” the former head of the National Security Bureau said.

On June 17, Russian President Vladimir Putin said that Russia was not threatening anyone with nuclear weapons but that “everyone should know what we have and what we will use if necessary to protect our sovereignty.”

Commenting on the current situation in Ukraine from the military perspective, Koziej said that “nothing is decided yet.” While Russia is “slowly pushing forward,” the Western support remains a hope for Ukraine.

“Ukrainians have more and more modern military equipment from the West, and the Russians have the opposite, because they must also reach for obsolete, post-Soviet equipment,” he claimed.

Koziej hasn’t ruled out that Ukraine might suffer territorial losses.

“But in the sense of state unity, the strength of the Ukrainian nation, Ukraine’s position in the world or its chances of joining the West, Ukraine has won this conflict…,” he said.

Meanwhile, Russia, according to the general, “is losing the war” because its strategic possibilities will decrease, its position on the international stage will deteriorate and Russians’ standard of living “will drop significantly.”

Since the launch of Russia’s special military operation, Kiev has been asking NATO and Western countries to impose a no-fly zone over or provide Ukraine with the means to do so itself, such as anti-air defense systems and warplanes. These requests, however, remain unfulfilled as the West claims that such a move would put it in direct confrontation with Russia.