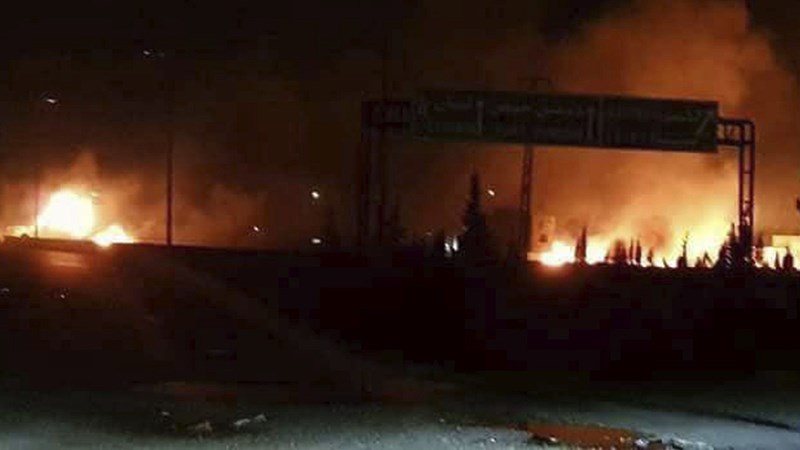 Russian Deputy Representative to the United Nations Dmitry Polyansky says the US was behind the Israeli strike on Damascus airport in Syria.

“On 10 June, Israeli air force again launched strikes against the territory of Syria, this time targeting the international airport of Damascus. The airport sustained heavy material damage – the tarmac was badly hit, which put on hold all flights, including humanitarian,” Polyansky said.

According to him, Israeli actions were conducted after receiving a tacit approval from the US, which is also purposefully impeding the Syrian peace process.

“It may seem that Israel received a carte blanche to engage in illegitimate unilateral action upon silent approval of Washington that basically blocked all opportunities to have the peace process recovered,” Polyansky said.

In response, the United States and its UN Security Council allies have attempted to impose an “economic truce” on Palestinians without meeting their legitimate aspirations and allowing them to have a sovereign state, he added.

Polyanskiy noted that “Israel’s” actions reflect the West’s collective hypocrisy and double standards toward international law and human rights, which is also reflected in Ukraine’s behavior.

Certain countries’ patterns of behavior and political approaches are used in conflicts across the spectrum, he added.

The US’ role in Syria doesn’t end or start with the strike on Damascus airport. Behind the curtains, current and former officials say that for several years, many Israeli missions have been reviewed in advance for approval by senior officials at US Central Command and the Pentagon.

This means that the formal coordination was previously unknown, and the secrecy surrounding it demonstrates how Washington has sought to support its Israeli ally.

The US review, according to the WSJ, mainly focuses on Israeli missions in eastern Syria that pass close to the US occupation’s Al-Tanf base.

Besides being an occupation that backs armed groups for its own operations and agenda in the region, the US occupation forces continue to steal Syrian oil by smuggling it from their bases in Syria to their bases in Iraq.

Convoys of tens of vehicles, including tankers loaded with stolen oil from oil fields occupied by US forces in Syria, are frequently seen crossing toward northern Iraq, in addition to trucks loaded with military equipment.