Home Politics Finland and Sweden to join NATO on July 5 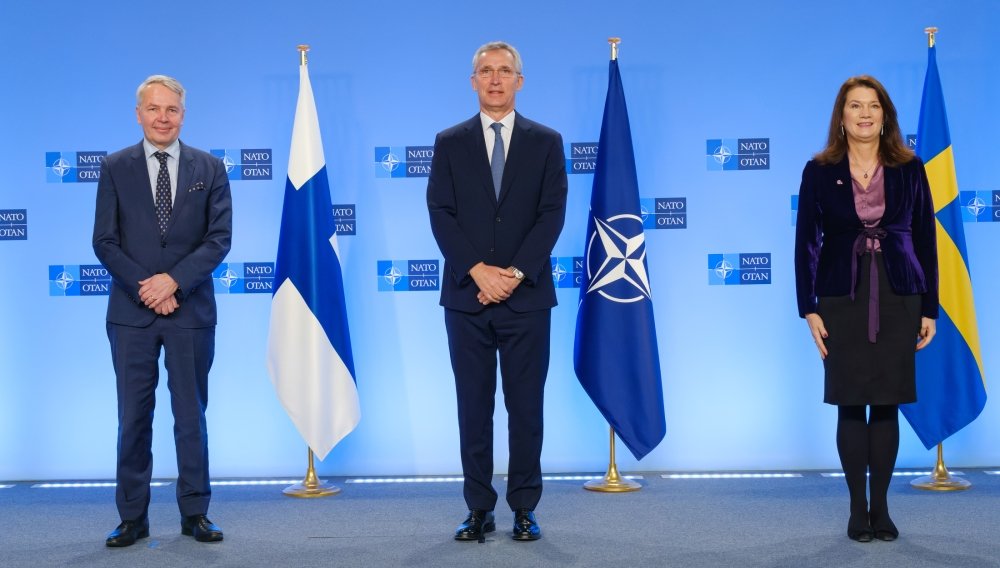 Protocols on accession of Finland, Sweden to be signed on July 5, countries will enter alliance after their ratification.

According to the NATO press release, allies will sign the Accession Protocols for Finland and Sweden on July 5, 2022. No media are allowed to cover the procedure. Then, the NATO Secretary General, Mr. Jens Stoltenberg, will give a joint press conference with the Minister of Foreign Affairs of Finland, Mr. Pekka Haavisto, and the Minister of Foreign Affairs of Sweden, Ms Ann Linde, at NATO Headquarters.

On Monday, 04 July 2022, NATO Headquarters will host accession talks between NATO officials and representatives of Finland and Sweden.

The membership of Sweden and Finland was opposed by Turkey, which demanded from them the extradition of members of the Kurdistan Workers’ Party (PKK), whom it considers terrorists, the closure of all organizations associated with the PKK, and the provision of security guarantees. The parties negotiated and on June 28, the office of the Finnish president reported that the differences had been settled and Ankara would support the applications of the two countries. As a result of their meeting in Madrid before the NATO summit, the foreign ministers signed a trilateral memorandum confirming that Turkey will support the invitation of Finland and Sweden to become NATO members.

The expansion of the North Atlantic Alliance will lead to a deterioration of regional security and turn the Baltic Sea region into a zone of military rivalry.

President Vladimir Putin said earlier that the accession of Sweden and Finland to NATO cause no concern to Moscow.

“We have nothing to worry about in terms of Finland and Sweden’s membership in NATO. They want to join NATO — please. Only they should clearly imagine that there were no threats to them before, and now, if military contingents and infrastructure are deployed there, we will have to respond in a mirror manner and create the same threats to the territories from which threats are created to us,” he said on June 29.

Deputy Foreign Minister of Russia Alexander Grushko explained the further developments after the official accession of the countries to the Alliance.

“If we follow the logic of the Madrid decisions, then after this accession is finalized, NATO will begin to say that the most vulnerable area is the Russian—Finnish border, which must be protected. This is 1300 km, so it is necessary to deploy troops, weapons, and so on there. All this will lead to a deterioration of regional security, to significant threats to complicate the situation in the north,” the deputy minister continued.

He stressed that Russia has no territorial disputes with Finland and Sweden, but their accession to NATO is a “very significant shift.”