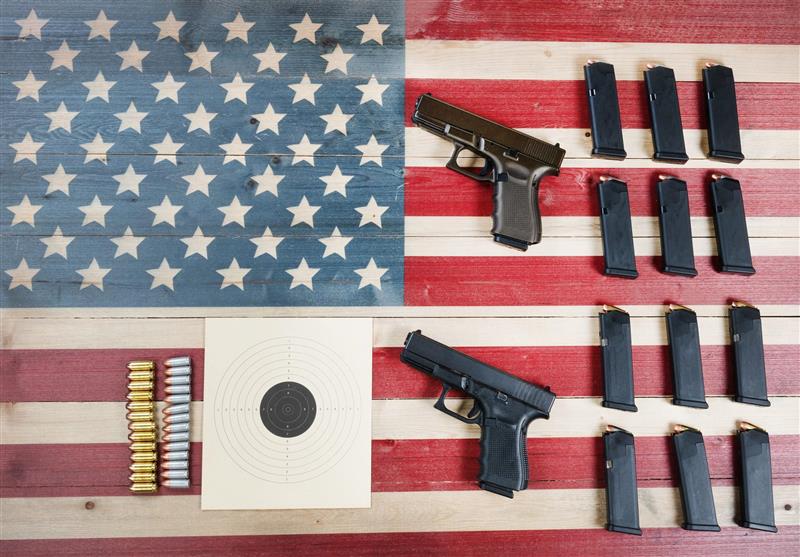 The July 4 weekend in Chicago, Illinois, witnessed a series of shooting incidents in which at least 37 people were injured and 7 killed in gun shootings, local media reported.

This is a new string of horrific shootings that took place in the United States where the latest is the killing of a 30-year-old man who was shot dead on Saturday morning (local time) in Chicago.

The shooting incident took place in the 9000 block of Escanaba at about 12:19 a.m. when the victim was shot in the head by an unknown person, police said. The victim was taken to an area hospital however he was pronounced dead. No one was in custody as of Saturday afternoon, Asian News International reported.

On the same day, a 90-year-old man was hospitalized later Saturday after suffering a gunshot wound to the abdomen, with Mount Sinai Hospital listing him in critical condition, reported Fox News.

On Friday at least seven people were killed and at least 29 others were injured so far in shootings across the city of Chicago, local media citing local authorities.

According to the Chicago Police, a 26-year-old man was shot and killed at approximately 5:43 p.m. on Friday in the 6500 block of South Wolcott during the fatal shooting over the weekend.

The incident transpired when the victim was near the sidewalk when an unknown offender approached, produced a handgun and started firing shots. Following the action by the offender, the victim was struck to the arm and head, authorities said.

The victim was taken to the University of Chicago Medical Center however he was later pronounced dead, reported NBC Chicago.

This is not an isolated incident as another fatal shooting took place on the same day at around 10:52 p.m. In this incident, a 24-year-old woman shot in the torso, according to the police. After receiving the information the police responded and the victim was taken to an area hospital where she was pronounced dead.

According to the preliminary investigation into the matter, the police said the man in custody was exchanging gunfire with another man who fled the scene. A weapon was recovered and detectives are now investigating into the incident, as per the media portal.

The shootings came the same day Chicago Mayor Lori Lightfoot held a press conference, where she expressed appreciation for the city’s police officers.

“We need to remember every single day on every single watch, our brave men and women of the Chicago Police Department are out there literally risking their lives for our safety,” Mayor Lori Lightfoot said during a Friday press conference where she reminded residents to “say thank you” to officers.

With increasing incidents of gun violence in the United States, President Joe Biden had said that the US needs to ban assault weapons for the sake of protecting children and families or raise the age to purchase them from 18 to 21.

In a recent incident, a minor child was killed and another was injured in a shooting in Houston when two suspects opened fire at a moving vehicle for unknown reasons, officials said.

Furthermore, on June 22, a group of US lawmakers reached a much-awaited deal on a bipartisan gun safety bill after recent mass shooting incidents in Uvalde, Buffalo and Texas, that struck a nerve in the country.

The new bill aims to take firearms away from dangerous people and provide billions of dollars in new mental health funding.

The bill does not ban assault-style rifles or significantly expand background-check requirements for gun purchases, but it gives states more resources to take guns away from dangerous individuals.

In the recent incidents, two people were killed and four others including three officers were injured in a shooting in Haltom City of Texas on Saturday. Police said that one woman was found dead inside the home and a man was found fatally shot in the home’s driveway. An elderly woman who called 911 was shot but expected to survive.

On May 24, a mass shooting incident took place at Robb Elementary School in Uvalde, Texas in which several people including 19 children were killed. This was the deadliest attack since the 2018 Marjory Stoneman Douglas High School shooting in Parkland, Florida, where 17 people were killed, according to CNN.

On June 20, a teenager was shot dead and three others including a police officer were injured in a shooting in the area of 14th and U Street Northwest in Washington, DC. On June 1, at least four people were killed in a shooting incident at a hospital campus in Oklahoma’s Tulsa city, CNN reported citing police. The shootout incidents in the US have been increasing.