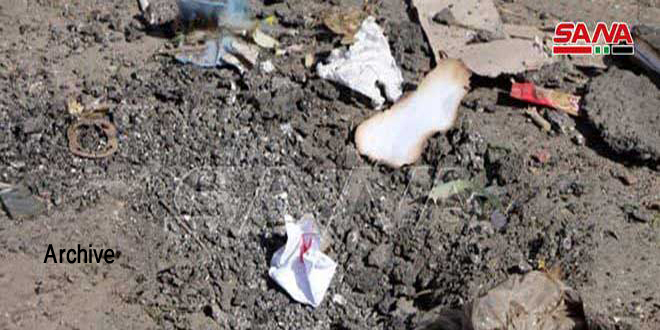 Several people were injured in an explosive device blast planted by unknown persons in al-Yadouda town, northwest of Daraa province.

‘ An explosive device planted by unidentified persons went off near a plantation in al-Awasat neighborhood , al-Yadouda town, injuring several people from one family, one of then was to the hospital due to his  serious condition,’ according to SANA reporter.