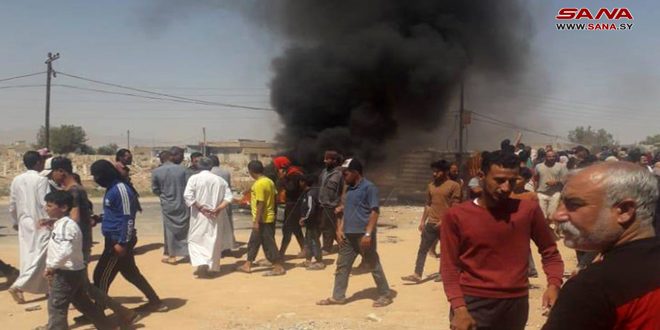 Locals of Tanouryeh al-Ghamr village in Qamishli city staged a protest in condemnation of US backed-SDF militia’s acts against the people.

Locals in Tanouryeh al-Ghamr village with participation of locals of neighboring villages staged a protest against SDF militia a day after a vehicle of the militia ran over a child, causing his death, local sources told SANA.

The sources added that the angry protestors closed the highway with burning tires and threw SDF militia vehicles with stones, amid calls to expel the militia from their areas, prevent it from entering villages and towns of the area.