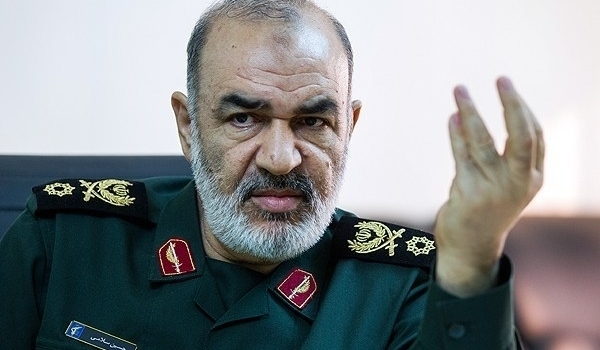 According to the Saudi-sponsored UAE-based news channel, Salami met with Syrian officials to discuss the treatment and deployment of Iran-backed forces in the country.

Al-Arabiya said the targets of the recent Israeli strikes on Damascus included the 138th Brigade base of the Syrian Arab Army (SAA) elite 4th Division, de-facto led by Major General Maher al-Assad brother of Syria’s President Bashar al-Assad, and the 57th Brigade base of the army’s 1st Division, which is commanded by Brigadier General Jaber Ali. IRGC members were allegedly operating and storing weapons at both bases.

Sources informed on the matter told the news channel that the IRGC’s expeditionary Quds Force has been storing weapons at several bases of the 4th and 1st Divisions as well as at facilities of the Syrian Navy.

“Iran refuses to withdraw its forces from bases in Syria with the support of [Syrian] military authorities,” al-Arabiya quoted its unnamed sources as saying.

The Israeli strikes claimed the lives of five service members of the SAA, some of whom were reportedly air defense operators.

The deadly strikes were not Israel’s first attack on Syria in July. On the 6th of the month, an Israeli drone strike hit the outskirts of the town of Hadar in the southern governorate of al-Quneitra. The strike killed a fighter of the pro-government National Defense Forces.

While the IRGC is known to be heavily active in Syria, al-Arabiya claims about the involvement of certain SAA formations in the activities of the guards’ Quds Force are questionable to say the least. These claims may be nothing but a propaganda stunt meant to justify the last wave of Israeli strikes on the war-torn country.