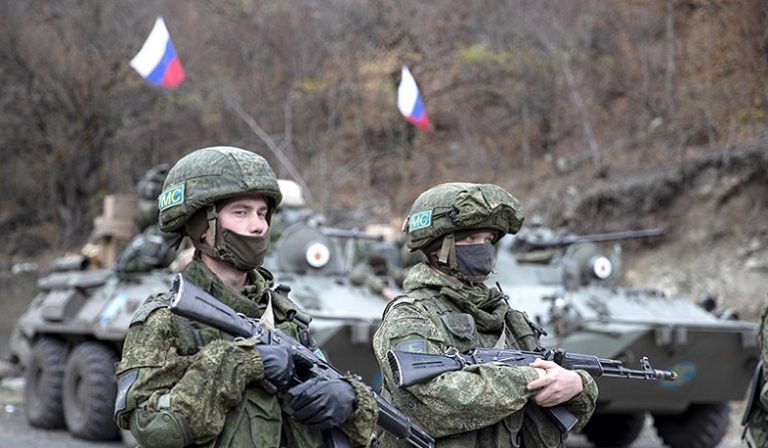 Moscow has called on Azerbaijan and Armenia to exercise restraint and comply with the ceasefire regime in Nagorno-Karabakh in the wake of a deadly exchange between the two in the disputed region.

Azerbaijan accused Armenian forces of attacking its military positions in the Lachin corridor area, which is under the supervision of the Russian peacekeeping force, and killing one of its soldiers on August 3. On the very same day, the Azerbaijani military attacked Armenian military positions on the northwestern part of the frontline in Nagorno-Karabakh with artillery and combat drones, killing two Armenian soldiers and wounding 14 others.

The exchange defined the ceasefire that was brokered by Russia less than two years. The ceasefire ended a large-scale Azerbaijani offensive on Nagorno-Karabakh, which claimed the lives of around 7,000 people from all sides.

In a statement released on August 4, the Russian Foreign Ministry voiced its hope that the warring sides will use diplomatic and political means to resolve the conflict in Nagorno-Karabakh.

“We urge the sides to exercise restraint and comply with the ceasefire regime. We expect that the existing controversies will be resolved exclusively via diplomatic and political means, with consideration of both sides’ positions and in strict compliance with the statement, adopted by the leader of Russia, Azerbaijan and Armenia on November 9, 2020,” the statement reads.

The ministry also expressed its extreme concern over the escalation in Lachin, as well as on other swathes of the contact line.

“Unfortunately, there are casualties. We express our deep condolences to the relatives and the close ones of the dead, and we wish speedy recovery to the injured,” the ministry said.

The minister said in a latter statement that Russia’s top leadership, including Foreign Minister Sergey Lavrov, are in close contact with their counterparts from Armenia and Azerbaijan over the situation in Nagorno-Karabakh. The Ministry also stressed that Russian peacekeepers are exerting all necessary efforts to stabilize the situation on the ground.

“Active work is in process with both sides via all channels and on all levels, including the top national leadership. Russian Foreign Minister Sergey Lavrov is in close contact with his counterparts from Azerbaijan and Armenia,” the Ministry said.

The situation in Nagorno-Karabakh is currently stable. As of August 4, no new attacks were reported by Azerbaijan or Armenia.

Azerbaijan has been escalating since July 31, when it accused Armenian forces of attacking its troops. Baku, which appears to be unsatisfied with the current ceasefire, could be preparing to launch a new large-scale offensive in the disputed region.