China reveals why it thinks US sent Pelosi to Taiwan 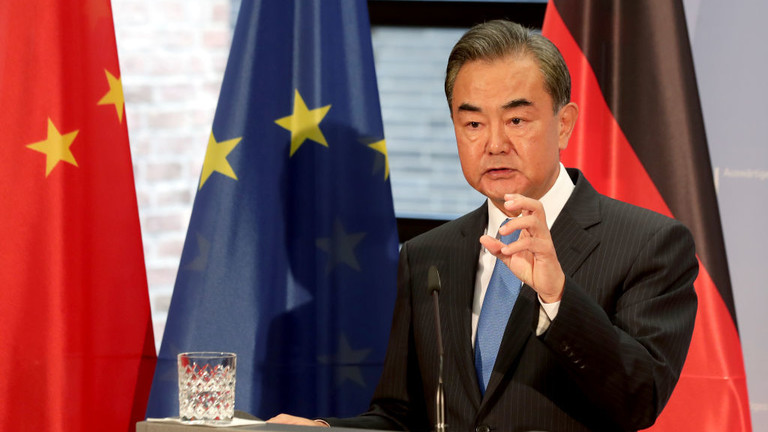 Beijing has suggested that House Speaker Nancy Pelosi’s (D-California) Taiwan visit may have been part of a ploy by the US aimed at creating a pretext to deploy more of its military to the region.

In a statement made during his visit to Bangladesh and published on Sunday, Chinese Foreign Minister Wang Yi said that “there are signs that the United States is trying to repeat its old tricks.” The diplomat clarified that Washington has a history of “creating a problem first, and then using it to realize its own strategic plans” elsewhere in the world.

According to the minister, regional players ought to oppose the ramping up of America’s military presence in the vicinity of Taiwan. Beijing reminded Washington that “Taiwan is not part of the United States, but China’s territory,” and that by giving the green light to Pelosi’s visit, the US had reneged on its previously professed commitment to China’s territorial integrity.

Wang went on to describe China’s strong response, which, among other things, included sanctions, as “legitimate, reasonable, lawful, necessary, open and appropriate.” He added that the measures in question are aimed at “deterring the US attempt to ‘use Taiwan to control China.’”

China’s top diplomat argued that Pelosi’s visit condoned separatist forces supporting Taiwanese independence. As the third-ranking person in the US government, Pelosi joined forces with separatists and fought against the Chinese people, he said.

The foreign minister called the principle of non-interference in the internal affairs of other nations the “golden rule” for state-to-state relations. “Today, when unilateral bullying is rampant from time to time, the international community should form a clearer consensus on this, make a stronger voice, jointly safeguard the basic norms of international law, and jointly safeguard the legitimate rights and interests of all developing countries.”

Bangladesh issued a statement reiterating its support for Beijing’s One-China policy. China views self-governing Taiwan as a breakaway province and a part of sovereign Chinese territory. It has long been official US policy to acknowledge, without endorsing, China’s claim to sovereignty over Taiwan.

Beijing made repeated threats in advance of Pelosi’s visit to Taipei, saying her trip would undermine China’s sovereignty and damage US-Chinese relations. In a telephone call with US President Joe Biden just days before Pelosi traveled to Asia-Pacific, Chinese President Xi Jinping warned, “Those who play with fire will perish by it.”

After those admonitions were ignored and Pelosi went through with her Taiwan visit, China cut off military and climate relations with Washington.
Source: RT