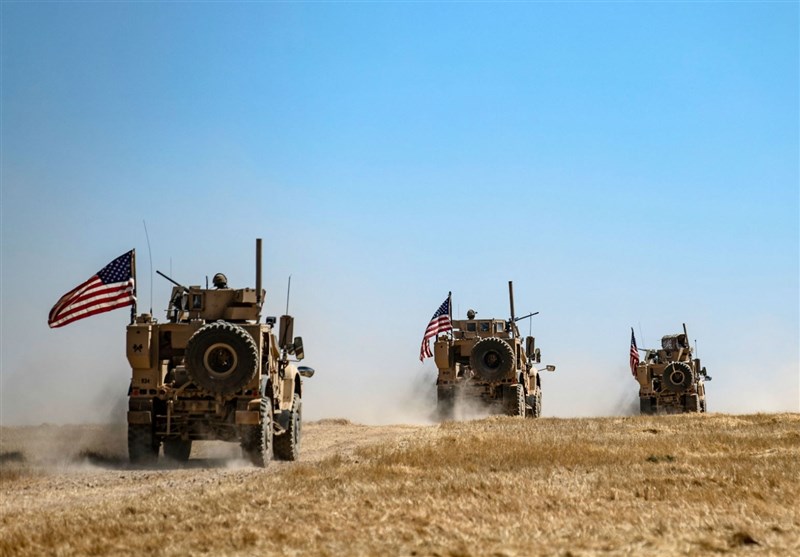 The US forces in Syria conducted a “large airborne operation” on Monday morning close to Deir Ez-Zur in eastern Syria, SANA reported.

The American forces landed in Busayra, east of Deir Ez-Zur, and “kidnapped a number of civilians,” according to the report.

The Pentagon claimed that the US-led coalition forces conducted an operation in Busayra with the Syrian Democratic Forces (SDF) that killed four Daesh (ISIL or ISIS) fighters.

The US military has stationed forces and equipment in northeastern Syria, with the Pentagon claiming that the deployment is aimed at preventing the oilfields in the area from falling into the hands of Daesh terrorists.

Damascus, however, maintains the deployment is meant to plunder the country’s rich mineral resources.

Former US president Donald Trump admitted on more than one occasion that American forces were in the Arab country for its oil.

China’s Foreign Ministry spokesman Wang Wenbin said on July 20 that the US exhibited “bandit behavior” after he was asked to comment on Washington transferring “stolen oil” to Iraq from occupied Syrian oilfields.

Wang said 90 percent of the Syrian population is currently living below the poverty line and two thirds rely on humanitarian assistance. More than half of the population suffers from food insecurity, he added.
“The US military still occupies the main grain- and oil-producing areas in Syria, looting and plundering Syrian national resources, worsening the local humanitarian crisis,” the Chinese diplomat said.