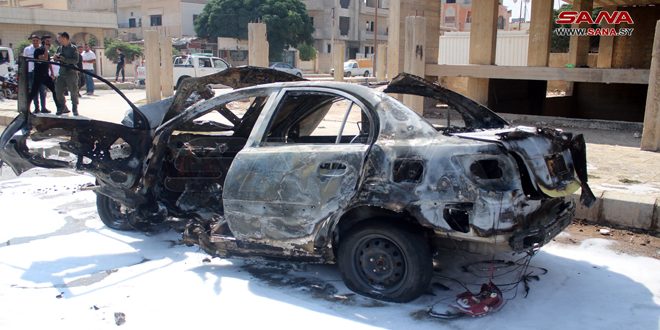 A member of the Internal Security Forces was martyred when an explosive device went off in a “taxi” car near al-Sina’a roundabout in the center of Daraa city.

A source at Daraa Police Command told SANA that a sticky explosive device placed by unknown persons in a public car “taxi” went off at ten in the morning while it was passing near al-Sina’a roundabout in front of the industrial secondary school, which is witnessing heavy traffic.

A member of the Internal Security Forces was martyred in the explosion which also caused the burning of the car completely, according to the source.