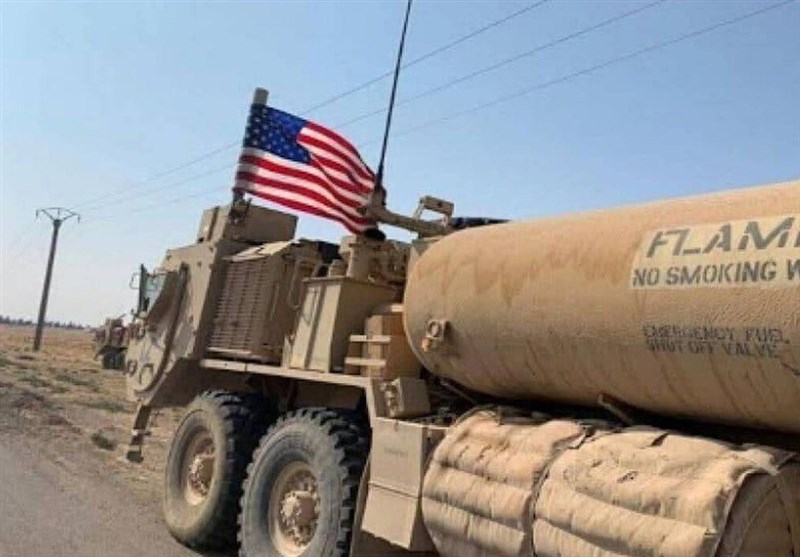 A US military convoy smuggled crude oil from Syria to bases in Iraq, a report said, as Washington continues to loot energy resources in the war-ravaged country.

The convoy of 122 tankers laden with oil from the energy-rich Jazira region in Syria’s northeastern province of Hasakah moved on Sunday through the illegal Mahmoudiya border crossing into neighboring Iraq, where American forces and trainers are stationed, Syria’s official news agency SANA reported citing local sources in al-Ya’rubiyah town.

Local sources added that armored vehicles belonging to the US-backed Syrian Democratic Forces (SDF) escorted the convoys until they arrived at the border crossing.

On Saturday, the Russian and Syrian Joint Coordination Committees on Repatriation of Syrian Refugees lambasted the continued plundering of the Syrian oil by the US occupation forces, saying that the looting is responsible for dire humanitarian situation that Syrians are suffering from.

In a joint statement, the committees called upon the international community, particularly Syria’s neighboring countries, to adopt effective measures to stop the looting of the Arab country’s natural resources and their smuggling abroad.

They also urged UN institutions to play a more active role in providing humanitarian assistance to Syrians, and undertake reconstruction projects as stipulated in the UN Security Council Resolution 2642.

The two bodies also stressed the need for the removal of sanctions slapped against institutions that contribute to the reconstruction of Syria’s infrastructure and public facilities.

They said Moscow and Damascus strongly condemn the occupation of Syrian territories and the plundering of Syria’s national asses by foreign forces.

According to data released by the Syrian Ministry of Oil and Mineral Resources, Syria produced a total of 14.5 million barrels of oil in the first half of the current year, and the daily oil production stood at about 80,300 barrels.

American occupation forces and their allied Takfiris plundered 66,000 barrels of crude oil during the mentioned period.

The data further showed that just about 14,200 barrels were available for the Syrian domestic oil refineries.

The US military has stationed forces and equipment in northeastern Syria, with the Pentagon claiming that the deployment is aimed at preventing the oilfields in the area from falling into the hands of Daesh (ISIL or ISIS) terrorists.

Damascus, however, maintains the deployment is meant to plunder the country’s rich mineral resources.

Former US president Donald Trump admitted on more than one occasion that American forces were in the Arab country for its oil.