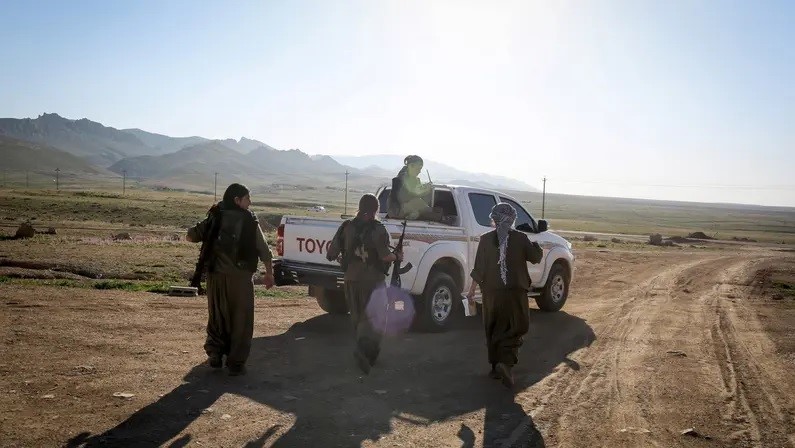 The Turkish Ministry of Defense announced on Saturday that the Turkish army and an intelligence unit killed nine militants belonging to Kurdistan Workers’ Party (PKK) in two operations in northern Iraq.

Turkey regularly launches air strikes in Iraq as part of its campaign against PKK militants based in the northern part of the country.

“Our operations will continue until the last terrorist is eliminated,” the Turkish ministry said on Twitter, adding that the army targeted seven members of the PKK.

On the other hand, Anadolu Agency mentioned in a separate report that the National Intelligence Organization eliminated two members of the PKK in an operation in Asos area in Sulaymaniyah governorate in northern Iraq.

The operation resulted in killing two Iranians the Anadolu Agency confirmed that they were working for the so-called Popular Defense Center supervised by the PKK.

The PKK that is considered a ‘terrorist group’ by Turkey, the United States and the European Union, staged a rebellion against Turkey in 1984, which led to a conflict that claimed more than 40 thousand lives.

Turkey launched Operation Claw Lock on April 18 against the strongholds of the PKK in Metina, Zap and Avashin-Basyan in northern Iraq.