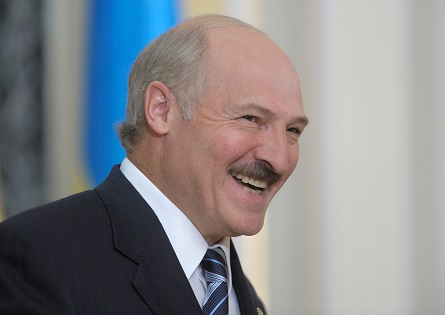 Belarusian President Alexander Lukashenko before a limited-attendance meeting of the EurAsEC Interstate Council.

Belarusian President Alexander Lukashenko has promised not to stand aside and let Europe die from the cold and said that he was even ready to share some firewood. A video of Lukashenko saying he would help the EU pull through the winter was uploaded on Wednesday to Telegram, on a channel close to the Belarusian leader’s press-service.

In the video clip, Lukashenko, with his trusty axe in hand, gets down to chopping wood in the yard of his countryside retreat with businessman Sergey Teterin in front of a TV camera, saying: “Come on, pal! Let’s prevent Europe from dying from the cold. Let’s help our brothers. Perhaps, they’ll extend a helping hand to us in return some day.”

He also remarked that Europe was not in a position to choose what tree – be it birch or spruce – was better as firewood: “Keeping warm is all that really counts.”

Also, Lukashenko said he would like the firewood aid to be available to ordinary European households first and foremost.

“We should think about how to make this firewood available to peasant and working class families there, and not big business tycoons.”

“Also, it is crucial to ensure Poland’s [President Andrzej] Duda and [Prime Minister Mateusz] Morawiecki stay warm. They are our neighbors, aren’t they? Maybe, they’ll get their heads on straight,” Lukashenko remarked.