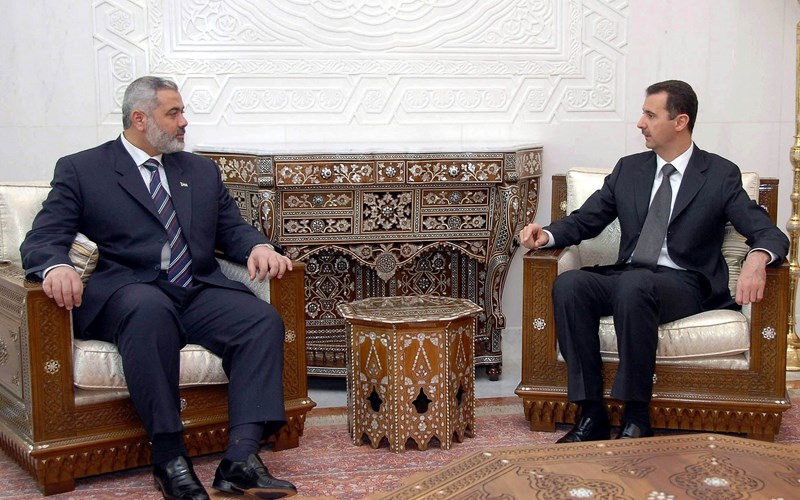 Hamas stands with Syria in the face of Israeli aggression

The Palestinian Resistance movement cements its supportive stance for Syria, which has been enduring years of aggression from “Israel.

Palestinian Resistance movement Hamas has condemned the ongoing Israeli aggression against Syria in addition to attempts to normalize and integrate “Israel” into relations in the region. The organization also condemned the theft of commodities from the country in addition to sowing discord and war between the population and other countries.

In a statement, Hamas said that “Syria has embraced our Palestinian people and its resistance factions for decades, which requires us to stand in solidarity with it in light of the brutal aggression it is facing,” noting that Palestine “will continue to build and develop solid relations with Syria.”

The movement, furthermore, strongly condemned “the repeated Zionist aggression against Syria, especially the bombing of the Damascus and Aleppo airports, and we affirm our support for confronting it,” cementing that it stands with Syria in its confrontation against the aggression.

Hamas expressed “appreciation for the Syrian leadership and people, and for their role in standing by the Palestinian people and their just cause,” adding that it looks “forward to Syria regaining its role and position in the Arab and Islamic nations,” and that the organization supports “all efforts for its stability, prosperity and progress,” stressing its rejection of any attempt to disrupt Syria’s unity.

“We take sides with our nation in the face of the malicious Zionist schemes aimed at dividing it and plundering its resources.”

Hamas called for “ending all manifestations of conflict in the ummah and fulfilling reconciliations and understandings between its compartments and countries through serious dialogue.”

Earlier, a high-ranking Hamas official told AFP that “communications with Syria are improving, and they are on the way back to completely becoming what they were before,” referring to “several visits by Hamas leaders to Syria.”