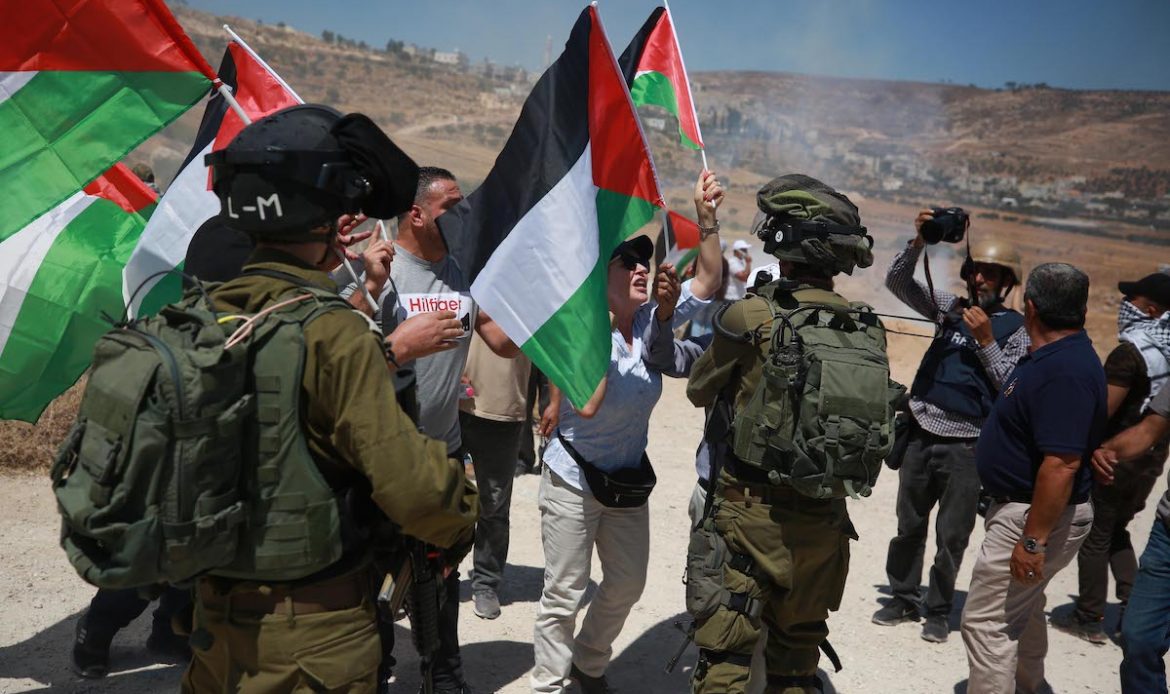 According to MiddleEastMonitor, a leading Israeli newspaper said that Israel “is now closing in on a right-wing, religious and authoritarian revolution” aimed at destroying democracy.  The recent Israeli elections have brought Benyamin Netanyahu’s Likud party back to power, but with the ultra-right wing religious party led by Itamar Ben-Gvir as an allied partner.

Israel defines itself as a Jewish and democratic state.  It has democratic institutions, such as elections to the Knesset, but has been officially labeled by the UN and human rights organizations as an apartheid state.

Zionism is Israel’s national ideology. Zionists believe Judaism is a nationality as well as a religion.

Palestinian territory, encompassing the Gaza Strip and West Bank, including East Jerusalem, has been illegally occupied by Israel since 1967 according to the UN and the western world.

UN General Assembly passed a resolution labeling Zionism “a form of racism and racial discrimination” in 1975, though it was repealed 16 years later.

The question for liberal western democracies is, “Can democracy, sectarianism, and apartheid policies co-exist?”

Steven Sahiounie of MidEastDiscourse interviewed Dr. Mamoun Farhat of Ramallah to understand what may lay ahead for the West Bank and the Palestinian people in light of the new ultra-far right government.  He holds a PhD in international law and works for Palestinian human rights.

1.  Steven Sahiounie (SS):  It appears that Benjamin Netanyahu will be the next prime Minister. He has aligned with an extremist far right party. What do you think that will mean for the Palestinians?

Dr. Mamoun Farhat (MF):  After assuming the premiership for 12 years, which is the longest in Israel’s history, and leaving the government headquarters, Benjamin Netanyahu returned to the premiership again.

If this indicates anything, it indicates internal and external crises experienced by the political system in Israel, which led to the rise of the extreme right, led by Itamar Ben-Gvir, one of Kahane’s students, the founder of the racist Shas movement calling for the extermination of the Palestinians.

2. SS:   We are seeing an increase in the Palestinian resistance operations in the West Bank. In your opinion, are we approaching a third intifada?

MF:  In my opinion, we are facing a new, different state of struggle that is distinguished from the first intifada, which adhered to only peaceful forms of struggle, such as throwing stones, raising flags, writing slogans, and ended with the signing of the Oslo Accords, and occupation forces in Palestinian cities.

Undoubtedly, the new struggle situation is witnessing a diversity of struggle forms.

This situation came after a blockage in the political horizon that lasted for nearly thirty years, in addition to the extensive violations committed by Israel in the occupied Palestinian territories.

3.  SS:  Recently “Israel” and Lebanon signed an agreement concerning offshore energy resources. Do you think that Benjamin Netanyahu and his extremist allies will cancel this agreement?

MF:  It is known that international agreements are bound by states, not governments, and therefore the claim to cancel the border demarcation agreement with the Lebanese side is nothing more than electoral propaganda. Therefore, changing the Israeli government does not mean canceling the maritime border demarcation agreement between Lebanon and the Israeli occupation, but rather an Israeli obligation in accordance with international law, and most importantly, the Israeli interest forces Israel to abide by this agreement.

4-.  SS:  Algeria brokered an agreement between Hamas, Fatah, and other Palestinian groups, which brought them together. In your opinion, will this bring about a unity government for the Palestinians?

MF:  Palestinian-Palestinian agreement in Algeria will not change anything from the Palestinian situation, for a number of considerations, the first of which is that this agreement is not the first, as it was preceded by many agreements that did not succeed. For both parties, the subordination of the Palestinian political decision depends on external interests, and the fourth is the geographical dimension and the role of the Israeli occupation in promoting that.

5.  SS:   The Arab League has recently met in Algeria, and Algeria has always been a strong supporter of Palestinian rights. In your opinion, will this meeting advance the Palestinian cause?

MF:  I do not think so, because the Arab summit meetings and its decisions are just ink on paper. They live in divisions in light of the collapse of the Arab regimes and their cracks as a result of internal conflicts and the collapse of the economic situation in them, and every Arab regime is preoccupied with its internal problems, which negatively affects the mother issue, the Palestinian issue.